Valve Corporation, one of the biggest video game companies in the world, are considering at least a partial move to New Zealand. 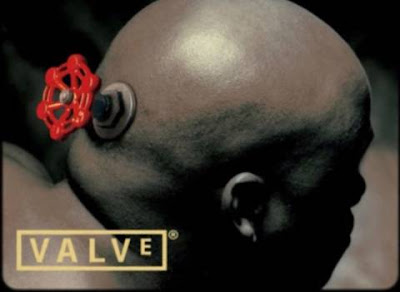 Valve's CEO Gabe Newell was in New Zealand on holiday when the COVID pandemic erupted and decided to stay in the country whilst the crisis unfolded. He has since been granted residency and is pursuing citizenship. He reports that many Valve employees have expressed interest in moving the company to New Zealand.
Valve was founded in Kirkland, Washington in 1996. It has since moved its headquarters to the neighbouring city of Bellevue, both located close to Seattle. Valve made its name with developing video games, particularly the Half-Life, Team Fortress, Counter-Strike, Left 4 Dead and Portal series of acclaimed first-person shooters and puzzle games. More recently they have branched into online multiplayer games like Dota 2. Their most recent release was the highly-acclaimed VR game Half-Life: Alyx, released last year.
They are, however, much more significant for creating and maintaining the online distribution platform Steam. Launched in 2003, Steam has become the de facto primary digital distribution platform for PC gaming in the world despite a strong challenge from rival services such as GoG, Origins, UPlay and Epic Games Store. Their annual income is in the billions of dollars, with well under 500 employees which makes them probably the most profitable-per-employee company in the entire United States.
Newell has noted that New Zealand's healthcare system, success at handling the pandemic (with one of the lowest infection and death rates in the world) and general quality of life make moving the company the company there an attractive prospect. He does note that many employees have family ties in the Washington state area that makes a wholesale move of the entire company less likely, but a possible move of headquarters to New Zealand whilst keeping the Bellevue office open as a satellite operation might be an option.
Newell also opined that hosting eSports championships in New Zealand could also be an option whilst other countries are struggling with the pandemic with greater difficulty. The annual Dota 2 championship has the most lucrative prizes in eSports, with Counter-Strike: Global Offensive not far behind.
As usual, Newell refused to be drawn on news about Half-Life 3 or Portal 3, but noted that the success of Half-Life: Alyx had reinvigorated the company and they do have new, single-player games in development.
Posted by Adam Whitehead at 16:05

Email ThisBlogThis!Share to TwitterShare to FacebookShare to Pinterest
Labels: valve