Graham McTavish cast in HBO's HOUSE OF THE DRAGON

Scottish actor Graham McTavish has been cast in House of the Dragon, HBO's prequel/spin-off to Game of Thrones. It is not known what role he was playing, but he was spotted filming in Cornwall last week, and confirmed his presence there on Instagram. 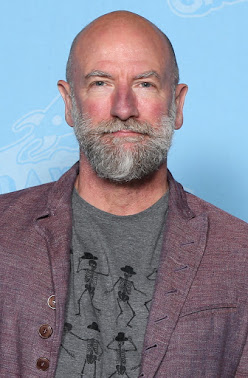 McTavish is best-known for playing the roles of Dwalin in The Hobbit trilogy, Dougal Mackenzie in Outlander, King Atlan in Aquaman, the Saint of Killers on Preacher and Father Kinley in Lucifer. Other TV roles include Red Dwarf, 24, Prison Break and Rome. He has also provided voices for the animated TV series Duck Tales and Castlevania, and voices for the Uncharted, Call of Duty, Total War, Guild Wars, Ace Combat and Metro series. He will be debuting as the important and fan-favourite character of Sigismund Dijkstra in the second season of Netflix's Witcher series, a role that's expected to recur for the entirety of that show's hoped-for seven-season run.

McTavish is also a published writer, having co-authored the non-fiction book Clanlands: Whisky, Warfare, and a Scottish Adventure Like No Other with his Outlander co-star Sam Heughan.

McTavish's role in House of the Dragon is unclear, although he could possibly be playing Lyonel Strong or Harrold Westerling, Lord Commander of the Kingsguard when the story opens.

McTavish's casting on The Witcher may suggest that his role on House of the Dragon may be short-lived, but given that his role, although a regular one, would not be hugely prominent, it's possible that they could schedule his appearances on both shows around one another's needs. The filming bases for the two shows are pretty close together near London.