Amazon targeting MGM acquisition, could acquire rights to THE HOBBIT, FARGO and ROCKY

Amazon are making a play to buy the MGM studio for $9 billion. MGM famously holds the rights to various movie and television properties including J.R.R. Tolkien's The Hobbit, the Rocky movie franchise (including the recent Creed series of spin-offs), the Stargate multimedia franchise and the Handmaid's Tale television series. MGM also holds distribution rights related to the James Bond franchise. 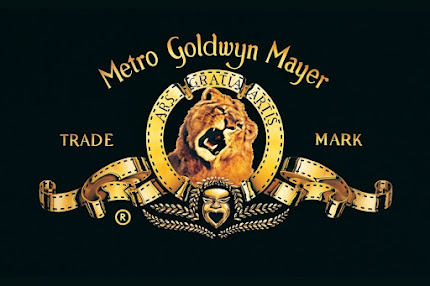 The entertainment sector in Hollywood has seen massive consolidation in recent years, with Fox being gobbled up by Disney, Universal being bought out by Comcast and ViacomCBS re-acquiring Paramount. Reports are also circulating of a merger between Discovery and WarnerMedia.

MGM have had a long run of problematic finances, with the studio facing bankruptcy several times in the last two decades, despite the success of some its franchises. Despite righting the ship (somewhat), the studio has again been threatened by financial troubles due to the COVID19 pandemic, with the release date of the latest James Bond movie, No Time to Die, repeatedly slipping as the studio attempted to find a way of getting the film out into the marketplace. The studio has repeatedly rejected offers by streamers such as Netflix to put the film out on-demand.

MGM also owns rights to The Hobbit, although the rights to The Lord of the Rings remain with Warner Brothers and their subsidiary New Line. Warner Brothers have leased certain rights to Amazon (alongside the Tolkien Estate) to work on a new Lord of the Rings prequel TV series about the Second Age, currently shooting in New Zealand with a view to air in 2022. This splitting of rights meant that Warner Brothers had to join forces with MGM to produce the three movies of The Hobbit Trilogy in 2012-14, a fraught and complex process which has been partially blamed for the mixed reception to that trilogy.

MGM's television arm has had great success in recent years with The Handmaid's Tale for Hulu and Fargo for FX.

Amazon acquiring MGM would give Amazon a large-scale television and film production facility and structure that would enhance its own capabilities. It would also give Amazon rights to numerous properties it doesn't own at the moment, potentially allowing future entries in those series to be released exclusively on Amazon's Prime Television platform. It would also unite all of the rights to J.R.R. Tolkien's Middle-earth legendarium under one banner for TV and film, which would be useful if Amazon were to pursue a plan to remake The Hobbit and The Lord of the Rings at some future date.

MGM is the long-term distribution partner of Eon Films in making the James Bond franchise, but crucially does not outright own the franchise or character; Eon would be free to join forces with other studios in financing and releasing the films. Eon are unlikely to tolerate the mainline James Bond films being made streaming-only in the near future, suggesting they might seek another release venue for the series. However, the existing films might become exclusive to the Amazon streaming platform once their existing release agreements expire.

Amazon are expanding their own development and production schedule with numerous franchises and shows, as well as looking at tying in their TV and film slate with their video game service Twitch. MGM's library will make an attractive addition to the Amazon stable. It remains to be seen if the deal will go ahead.