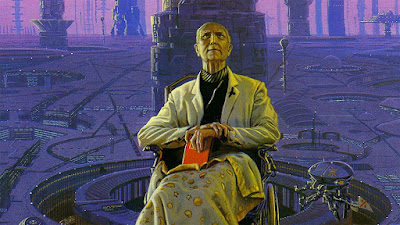 The TV show has been in development at Skydance Television for a while, with writer David Goyer (Man of Steel) working with Josh Friedman (War of the Worlds) on a way of adapting Asimov's seven-volume series into a TV series.

Set 22,000 years in the future, the Foundation saga tells of the collapse of the massive, galaxy-spanning Galactic Empire and how one visionary, Hari Seldon, developers the Foundation as a way of preserving knowledge and civilisation through the centuries of barbarism that must follow.

Apple's initial order is for 10 episodes. It is unclear what part of the books is being adapted, or if this will be an original story set in the same universe.
Posted by Adam Whitehead at 15:30