Amazon Studios has signed a long-term exclusive development deal with Game of Thrones writer/producer Bryan Cogman. Cogman has worked on the show since Season 1, writing ten episodes so far, and is considered to be the "keeper of the lore" for the show, with his episodes notable for featuring more references to worldbuilding details than those by producer-showrunners David Benioff and D.B. Weiss. 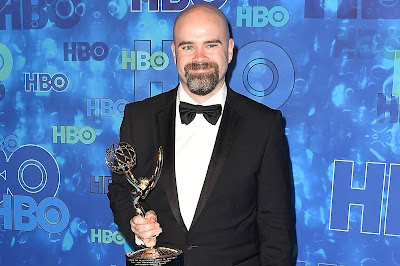 The deal is an exclusive one, meaning that Cogman will not be able to develop further a pilot script he wrote for a potential Game of Thrones spin-off show for HBO. This script was one of three (out of five) shelved by HBO early in the development process, but kept on standby in case HBO decided not to proceed with the front-running project, The Long Night, or the backup choice, a rumoured Valyria-focused series.

Cogman's scripts rank amongst some of the finest written for Game of Thrones (particularly The Broken Man, starring Ian McShane in a memorable guest shot), so it'll be interesting to see what he brings to Amazon's table. It sounds like he will be working on new projects, but there may be scope for him to work on some of Amazon's other in-development genre projects such as Wheel of Time, Conan the Barbarian, Culture or the Lord of the Rings prequel show.

I've spoken several times to Bryan over the years and found him to be a pleasant and knowledgeable writer. Congratulations to him for the next phase of his career.
Posted by Adam Whitehead at 20:43