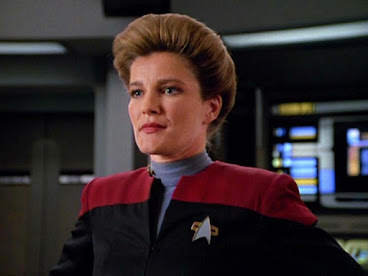 The new animated series - the second from the new Trek franchise, after Lower Decks - is aimed at a younger audience and will premiere on Nickelodeon, with a possible later appearance on CBS All Access. The series will be unusual in that it does not focus on a Starfleet crew, but instead a group of youngsters from various races who find themselves in control of a derelict Starfleet vessel. It's unclear how Janeway will interact with the new characters, or, indeed, what the timeframe for the series will be.

Star Trek: Prodigy is in production at the moment and expected to debut in 2021.