In unsurprising news, the release of the new Dune movie from director Denis Villeneuve has been pushed back due to the coronavirus pandemic. However, the length of the delay is surprising, the the film being delayed a full ten months until 1 October 2021. 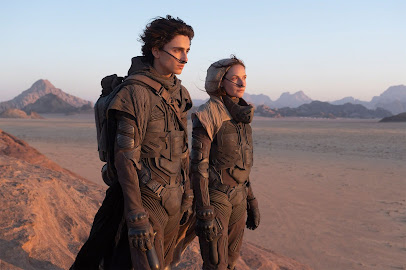 The film had originally been due to arrive in mid-December, and the marketing hype had just started up with the first trailer and behind-the-scenes footage. However, the film's release date had been notably missing from all the build-up. As coronavirus cases began mounting up in Europe and the United States and release strategies for films like Tenet and Mulan gave disappointing returns, studios began delaying their films, often for the second or third time. No Time to Die, the 25th James Bond film, has been delayed until April next year, whilst the next Marvel movie, Black Widow, has fallen back to May.

The move has caused the British Cineworld chain and its US affiliate Regal Cinemas to shut down altogether, with the company expressing grave concerns about the long-term viability of the business. Some films, such as Bill and Ted Face the Music, have found success by switching to VOD services for their initial release, but that was always going to be an immense risk for the mega-budgeted Dune, especially since the film only adapts the first half of Frank Herbert's novel and the viability of a sequel is dependent on the film doing well. Warners and director Denis Villeneuve agreed that the film could only really debut on the big screen.

The delay of Dune will also likely have knock-on effects. Warner Brothers had delayed Wonder Woman 84 until Christmas Day, but that's also likely to fall back to a mid or late 2021 date. Meanwhile, Dune is now set to launch on the same day as its Warner's own The Batman, which will almost certainly have to move out of that slot as well.

Although the pandemic is having a huge impact on film releases, movie production is ramping up all over the world with the shooting of a number of films getting back underway, including Marvel films and the aforementioned The Batman. This could create a serious bottleneck issue with studios having too many big movies to release and not enough time to get them out the door. Already Marvel's plans to have storytelling synergy between their Disney+ TV shows and the next slate of films is being put at risk with the TV shows ready to roll but the films being constantly delayed.

Warners will be banking that by late 2021 the pandemic will be over or under control and a safe release strategy can be undertaken.