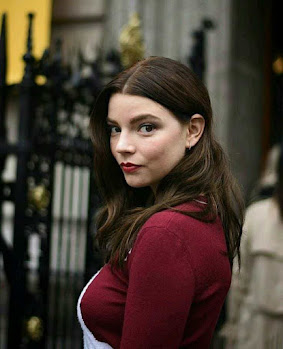 Anya Taylor-Joy (Split, Glass, The Witch, Peaky Blinders) has been cast as the younger version of Imperator Furiosa, played by Charlize Theron in the original movie. The film explores Furiosa's backstory as a young woman before she comes into the employ of Immortan Joe.

Miller spent some time working with Theron to see if there was a way of letting her continue as the character, including using de-aging technology, but concluded that the cost of doing so would be prohibitive. Theron has given the project her blessing.

Miller is shooting another project, Three Thousand Years of Longing, delayed due to the pandemic, whilst Hemsworth will be shooting Thor: Love and Thunder for the first few months of 2021, so production of Furiosa is not expected to begin until later in the year or in 2022. He has also been developing a sequel to Fury Road, called The Wasteland, but that seems to be a much further off project.