House of the Dragon, HBO's prequel spin-off from Game of Thrones, has its first confirmed castmember. 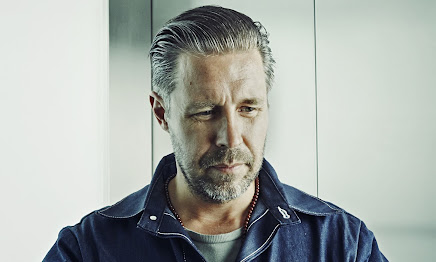 British actor Paddy Considine will be playing the key role of King Viserys Targaryen, Lord of the Seven Kingdoms. At the start of the series - 170 years before the events of Game of Thrones begin - he is seated firmly on the Iron Throne, but his health is ailing and jackals are circling. Viserys has declared his eldest child and sole daughter, Rhaenyra, to be his legal heir and this has been acknowledged by all the lords of Westeros. But since that declaration, Viserys has remarried, to the formidable Lady Alicent of House Hightower, and had several more children. Alicent is intent that her son, Prince Aegon, will take the throne. The two factions at court - the "greens" and the "blacks" - begin recruiting powerful allies.

The political intrigue may sound familiar, but there is a key difference. At this time House Targaryen's dragons are still alive and well, with more than a dozen of them spread between the two factions. In the war to come, the two sides will find they have the ability to inflict far more destruction than in any war in history.

Considine is a familiar face on British television and in film, having played many key roles in films such as This is England, 24 Hour Party People, My Summer of Love, Hot Fuzz, The Bourne Ultimatum, The World's End and The Death of Stalin, as well as TV shows including Peaky Blinders, The Outsider and The Third Day. He has two BAFTA Awards to his name.

The character description for Viserys states that he is the heir of the hugely successful and beloved Old King, Jaehaerys I Targaryen, and is a kind and gentle man who finds that he may not have the temperament to be a powerful ruler. This suggests the show may feature extensive flashbacks over his entire reign.

More casting news is expected over the coming weeks, with key roles including Queen Alicent, Prince Aegon, Princess Rhaenyra, Lord Commander Criston Cole of the Kingsguard and Prince Daemon expected to be cast. The show is expected to debut on HBO in early 2022.