Margaret Weis and Tracy Hickman, the famed authors of the Dragonlance Chronicles and many other series in that world, have sued Dungeons and Dragons publishers Wizards of the Coast for breach of contract after a new Dragonlance novel trilogy was abruptly cancelled after the first book had been completed. 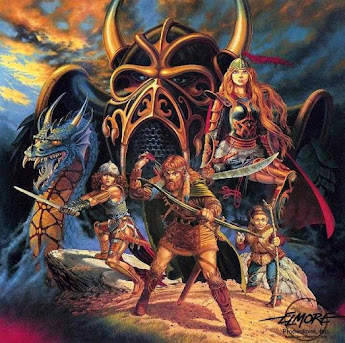 The news that Wizards were planning a new Dragonlance trilogy is in itself a surprise, given that there has been an extreme dearth of D&D fiction over the last four years, with only three Forgotten Realms books by R.A. Salvatore being published in that time. There have been unsubstantiated rumours that Wizards are planning a relaunch of Dragonlance as a D&D campaign setting in 2021 or 2022, so relaunching the novel series at the same time would have been a good move, and an encouraging sign that Wizards might be reconsidering entering the novel space in a more substantial manner after they effectively cancelled their ongoing lines in 2016.
Weis and Hickman had completed the first novel in the trilogy, Dragons of Deceit, and were working on the second, Dragons of Fate, when Wizards of the Coast abruptly informed them that the trilogy would not be published and they were terminating the contract immediately. It sounds like there had been rumblings of problems before that, particularly when Nic Kelman had been assigned to edit the trilogy (replacing editors Weis and Hickman have previously agreed to work with). Kelman, the Head of Story and Entertainment at Wizards, has long been a controversial figure after publishing a book which was alleged to have "promoted misogyny and paedophilia".
From the complaint it sounds like Wizards of the Coast became concerned over "problematic" aspects of older D&D worldbuilding (such as always-evil races) and asked the authors to address these in rewrites, which they say they fully complied with. Wizards then terminated the book deal anyway. This is particularly bizarre given that Dragonlance, even in the 1980s and 1990s, had a progressive tone to its work, rehabilitating evil races from other settings into more honourable and nuanced civilisations (such as ogres) and featuring "good" members of traditionally evil races (such as goblins and draconians).
Weis and Hickman are two of the biggest-selling living fantasy authors and the second-most-popular authors of D&D fiction (only marginally behind Salvatore). A new trilogy from them, especially accompanying a Dragonlance relaunch, would have likely sold hundreds of thousands of copies and brought substantial revenues to both authors. For this reason, they are suing Wizards of the Coast for $10 million in lost income and damages.
Weis and Hickman were part of the editorial team at then-TSR which created the Dragonlance world of Krynn as a setting for Dungeons and Dragons adventures in 1983. They then co-wrote the Dragonlance Chronicles and Dragonlance Legends novel series between 1984 and 1986, the first six books which launched the setting to acclaim and which sold more than four million copies before the end of the decade. They returned to the setting several times in the 1990s and 2000s to pen more novels. Cumulatively, they have sold over 25 million books in total.
The setting has previously seen some controversy. In 2008 urban fantasy author Jim Butcher was approached by WotC to spearhead a full reboot of the entire Dragonlance saga, including rewriting the original trilogy as a five-book series. Butcher would only proceed with Weis and Hickman's blessing and, when that was not forthcoming, the project was abandoned.
Posted by Adam Whitehead at 21:50

Thanks for reporting on this.

Wonder if plot details will ever surface on this project?

I suppose they have a right to sue, but another Dragon Lance reboot is extremely low on my list of priorities. What is it, six sets of novels and dozens of books and modules? I don't really think that there are any significant loose ends to resolve. I would be interested in any new character with a depth and complexity of Raistlin, but otherwise not so much.