FX has formally commissioned a pilot episode for a TV series based on Bryan Vaughan's critically-acclaimed comic, Y: The Last Man. 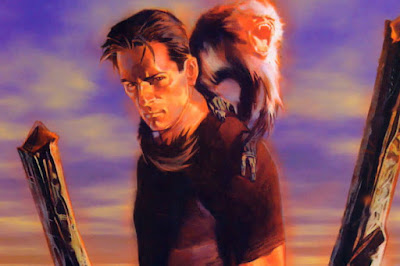 After three years in development hell, the project is now moving forward at FX with Michael Green (American Gods, Logan, Blade Runner 2049) and Aida Croal (Jessica Jones) on board as producer-showrunners, with Melina Matsoukas (Master of None) set to direct the pilot.

The comic ran for 60 issues between 2002 and 2008 and told the story of Yorick Brown and his monkey companion Ampersand, the only two male mammals left in the world after an unknown virus or genetic mutation wiped out the rest of male-kind. With the human race doomed to extinction, Yorick and Ampersand quickly become the target of governments, scientific organisations and criminals looking to either reverse the crisis, continue it or profit from it.

Once the pilot has been produced, FX will decided whether to proceed to a full series, although given the credits of everyone involved (including Vaughan himself, who has spent time working on TV series such as Lost and Under the Dome) it seems reasonably likely.
Posted by Adam Whitehead at 20:20