CBS has confirmed that it is casting the iconic role of Captain Christopher Pike for the second season of Star Trek: Discovery. 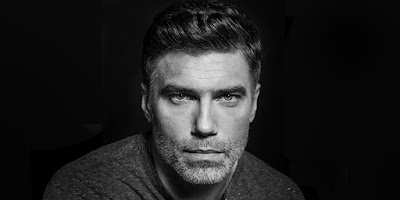 The role will be played by Anson Mount. Mount is best-known for playing Cullen Bonhannon on Hell on Wheels and Black Bolt on Marvel's Inhumans.

Christopher Pike is famous in Star Trek lore for being the second captain of the original USS Enterprise, following Captain Robert April and preceding Captain James T. Kirk. Jeffrey Hunter played Pike in the original Star Trek pilot, The Cage, but the character was retired after Hunter chose not to return for the series proper. Sean Kenney played now-Commodore Pike in the two-part episode The Menagerie, accompanied by his famous chair and beeper. Bruce Greenwood played the role in the 2009 Star Trek reboot movie and its 2013 sequel, Into Darkness.

Anson Mount is expected to debut as Captain Pike in the first episode of Star Trek: Discovery's second season, since the Enterprise appeared briefly at the end of the first season.

This news suggests the possibility that the iconic role of Spock may also be recast - as Spock served under Pike as his first officer - and also seems to confirm that Inhumans has been cancelled, which was almost certainly the case (given its terrible ratings and critical reception) but had not yet been officially confirmed.

Star Trek: Discovery will return at the end of this year or the start of 2019.
Posted by Adam Whitehead at 19:32

That's "Jamie Foxx as Ray Charles" level casting right there. I appreciate that they tried to find someone who bore a resemblance to Jeffrey Hunter.

One thing though: Spock wasn't Pike's First Officer. Number One, played by Majel Barrett was.