Netflix has greenlit a TV show inspired by the hit video game series Resident Evil. The first season, consisting of eight episodes, will hopefully go into production in 2021. 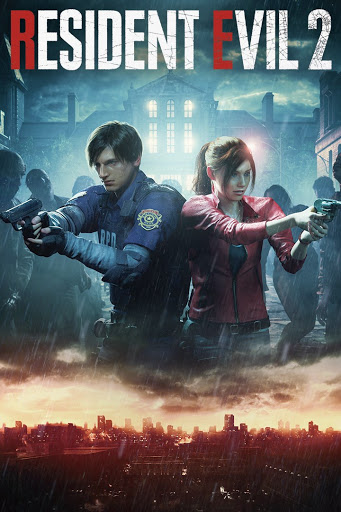 Supernatural co-showrunner Andrew Dabb will be the showrunner on the new project, which will not be related to the six-film movie series produced by Paul W.S. Anderson between 2002 and 2016 or the currently-planned film reboot.

Like the film franchise, the TV series will also not be directly based on the games, instead using them as a source of inspiration and names. The new series will unfold across two timelines, the first revolving around 14-year-old twin sisters Jade and Billie Wesker, who move to New Raccoon City. Their father (presumably Albert Wesker, a notable antagonist from the video games) is harbouring unusual secrets. A second storyline then unfolds sixteen years later, by which time the world has been devastated by the pathogen known as the T-virus, which has transformed 99.8% of the world's population into ravaging monsters, with an adult Jade Wesker now serving as the main character. The TV show will explore both time periods, gradually filling in the gap between them.

The Resident Evil video game series, developed by Capcom, began in 1996 with the release of Biohazard in Japan; the game was retitled Resident Evil for the US market. There have so far been 21 games in the series, though only seven have been numbered as part of the "main" series. Remakes of Resident Evil 2 and 3 have proven hugely popular in the last couple of years, and the next main series game, Resident Evil: Village is due for release next year. The games tell the story of the nefarious Umbrella Corporation and their development of a virus which can transform animal life into zombie-like beasts. The special police taskforce known as S.T.A.R.S. discovers their operation and attempts to stop them, leading to the virus being released in a mansion that serves as one of Umbrella's bases of operation and later spreading to nearby Raccoon City. Later games in the series expand the setting to Spain and Africa. The games have sold well over 100 million copies, making them one of the biggest-selling video game franchises and Capcom's biggest series.

The Resident Evil film series began with Resident Evil (2002) and continued through Resident Evil: Apocalypse (2004), Extinction (2007), Afterlife (2010), Retribution (2012) and The Final Chapter (2016). The films star Milla Jovovich as Alice, a security consultant for the Umbrella Corporation who becomes caught up in their development of the T-virus and its subsequent deployment, first devastating their base, the Hive, and then neighbouring Raccoon City before spreading across the globe. The six films have cumulatively grossed $1.2 billion (on relatively low budgets). A reboot film, which will be "more faithful" to the games, has been in development since 2017 with a new cast.

Hopefully they finish telling whatever stories they want to tell in 2 seasons or less since Netflix doesn’t seem to want any series going on longer than that. I’m glad the Wheel of Time didn’t end up here...

Will the TV series have any link to the movies? (A guilty pleasure, I have to confess.)