Development ceases on Amazon Prime's CULTURE TV series, at the request of the Iain Banks Estate

Amazon have cancelled work on their planned television adaptation of Consider Phlebas, the first novel in Iain M. Banks' Culture series, after the Banks Estate decided not to proceed with the project. 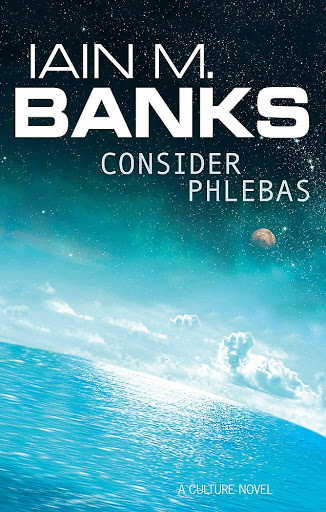 Jeff Bezos himself, a huge fan of the Culture books, personally announced that Amazon were working on the TV show back in February 2018. Writer Dennis Kelly developed a treatment and series bible, but it seems that when it came time to sign the final deal, the Banks Estate decided not approve the option.

Banks wrote ten books in the Culture universe between 1987 and 2012: Consider Phlebas, The Player of Games, Use of Weapons, The State of the Art, Excession, Inversions, Look to Windward, Matter, Surface Detail and The Hydrogen Sonata. This is more of a common background for the books rather than in-depth series, with the books jumping backwards and forwards in time.

The Culture is a massive, multi-species, utopian civilisation spanning thousands of worlds and space habitats. The Culture finds itself pitted against various external and internal challenges and threats, which its agents and citizens find themselves having to deal with.

Iain M. Banks sadly passed away in 2013 and development of the TV show began after Amazon made overtures to his Estate. It appears no formal deal was signed, since the Estate has now decided not to proceed with the project.

None of Banks' SF work has been adapted to the screen, although several of his mainstream novels have been adapted for TV and film: The Crow Road, Complicity and Stonemouth.

Amazon has also passed on its adaptation of Neal Stephenson's Snow Crash, which has instead moved to HBO Max, whilst their planned take on Larry Niven's Ringworld also seems to have stalled. They also passed on a Conan the Barbarian TV show from Ryan Condal a couple of years back (Condal is instead now working on the Game of Thrones spinoff House of the Dragon).

Amazon do have some big SFF projects moving forwards, however, with a fifth season of The Expanse due to air before the end of this year, the first season of The Wheel of Time next year and The Lord of the Rings: The Second Age in 2022.

Disappointing, but I assumed this project was dead since we hadn't heard anything for a long while.

That's a shame. Consider Phlebas is probably the most filmable of the series, with the least number of opportunities for botching. It's something of an underrated Culture novel. Lots of people bounce off it, as did I at first read. However upon reread, I liked it a lot. It has a constant visual and powerful balls-to-the-wall drive, and feels a lot like watching a movie.

Let's hope the estate had good reason for rejecting it. You never know with estates.

Oh, well. The Culture depicts the future communist society. I can't imagine how badly that content would have been bowdlerized by Amazon, one of the most exploitative capitalist enterprises around.

And yet the as-yet-unseen-but-most-likely-an-unwatchable adaption of Guards, Guards! gets the green light.

I must confess that I am in two minds over this news.

It's a shame that Bank's work won't hit the screen as the Culture has so much potential and it would be wonderful to see a new generation of science fiction fans pick up his work.

On the other hand, I would get Amazon just for this series, but I suspect that I would be deeply disappointed by anything put out, regardless of how high quality it was.

Having met Iain,and his wife shortly before his sad demise, while really looking forward to the projected TV series, and it knocking Star Wars into a cocked hat. I agree that few media companies have the balls to follow through on Bank's brilliant headionistic truly free and open Culture worlds.

Yes. maybe the estate is right to block this. With so much racism, sexism and class divisions on our planet maybe only hard core SF fans would really appreciate his ideals in The Culture books. Better in your head perhaps?

The time will come for a true visual presentation, but not today.

Where they refer to Iain M Banks estate who expressly is this? His next of kin? I thought Amazon had already bought the rights to Consider Phlebas.

Amazon had bought an option, which is a legal right to develop the project, produce series bibles, bring in writers etc, but they had not exercised the option (when the TV/film rights formally become theirs). Buying an option entails an upfront payment to the author or their Estate, and exercising the option requires a further payment, completing the process.

It appears that Amazon had bought the option and then wanted to exercise it, but the Banks Estate decided to decline the second stage.

If I had to guess, it might be down to Banks's severe distrust of monolithic, multi-billion-dollar companies (which he satirised in his novel, The Business) and someone thinking that Banks might not approve of it being Amazon that brought his SF work to the screen.