In a shock move, the original co-creators of Avatar: The Last Airbender have resigned from their positions as showrunners and executive producers of Netflix's live-action remake. 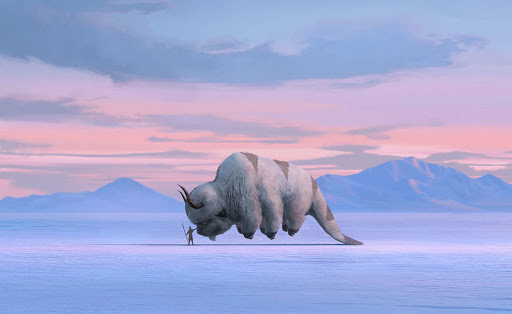 Michael Dante DiMartino and Bryan Konietzko, the creators of the original animated show, were tapped by Netflix two years ago to lead a live-action remake of the series. Their plan was to correct the mistakes that led to M. Night Shyamalan's badly-received 2009 live-action film and to deliver a story that was true to the spirit of the original series whilst also allowing for some changes due to the shift in medium.

In particular, DiMartino and Konietzko were keen to ensure continuity in terms of ethnic casting (the 2009 movie infamously "whitewashed" several key roles, replacing characters meant to be inspired by Inuit or Asian backgrounds with white actors) with the original animated show. It appears that Netflix has disagreed with some of their choices. It's unclear if casting itself was in dispute, but it is notable that for a show that was due to start shooting in the spring (before a pandemic delayed things) and which had already had sets and costumes created and some test-filming done, no final casting had been announced as of the start of this year.

Intriguingly, DiMartino noted that they were "not done" with the Avatar universe and the recent surge in popularity of both Avatar: The Last Airebender and its sequel series, The Legend of Korra, had re-inspired them, hinting at the possibility of a third animated series in this universe.

Netflix have, so far, not offered any response.

As with the Discworld thing, I'll withhold judgement until I've seen the end result. Or at least until I see enough reactions of the result for me to approximate an opinion.

DiMartino and Konietzko sure did a good job with the first series, but Korra was mostly mediocre with little glimpses of inspiration here and there in season three. It's easy to forget how one main character's lack of development over four seasons was a running joke in the fandom, how the series endlessly frustrated its viewers with its unambitious and non-sequiteur storytelling choices.

For all we know, the Netflix people might have wanted to tone down some of the big words in favour of more consistent character stories (like the Aang and Katara relationship, which was all over the place in the original). The departure of DiMartino and Konietzko doesn't change my expectations either way, since the remake was mostly unnecessary anyhow.