Paramount has put its Star Trek film franchise on hold whilst it figures out how to proceed. 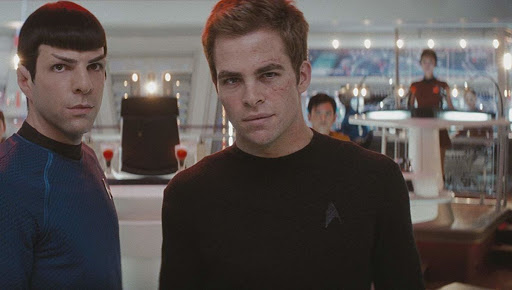 After a seven-year delay in the movie series (following the box office bombing of the Next Generation crew-starring Star Trek: Nemesis in 2002), Paramount released J.J. Abrams' Star Trek in 2009 to a mostly solid reception, before following it up with the much more negatively-received Into Darkness in 2013 and the mostly-ignored Star Trek Beyond in 2016. In 2017, CBS released Star Trek: Discovery via streaming services, creating a renewed TV franchise which, despite dividing critics and fans, has chalked up three seasons of live-action television and one of animation since then, with several new shows in development. Paramount are keen to get back in on the act.

Paramount originally started developing a fourth film starring Chris Pine and the rest of the Abrams-era crew back in 2016, but ran into problems over pay. They wanted a budget reduction after Star Trek Beyond's modest performance and this required everyone to take a pay cut. However, Chris Pine (fresh off a solid turn in Wonder Woman) and returning first film guest star Chris Hemsworth (who had since become Thor in the Marvel universe) refused to renegotiate their compensation, leading to a stand-off.

In the meantime, Paramount had been in discussions with Quentin Tarantino over directing a Star Trek feature, although reportedly Tarantino had not settled down on one idea. At one point he was considering adapting the Next Generation episode Yesterday's Enterprise with a new crew, and at another was reportedly interested in remaking the classic episode A Piece of the Action (where Kirk and his crew arrive on a planet that is effectively run by prohibition-era gangsters). Tarantino later decided to not direct the film, but to co-write and produce.

Last year, Fargo and Legion showrunner Noah Hawley was announced as the writer-director of a new film. After initially a strong positive reception to the news, it sounds like Hawley wanted to move in the direction of hiring a whole-new cast and creating new characters for the film, something Paramount seem to have been more sceptical about.

Newly-arrived Paramount motion picture group Emma Watts is now considering her options. The Hawley and Tarantino films have been put on the backburner (with a view to being developed as spin-offs rather than mainline films) and instead the Pine/Hemsworth-starring script has been put back into contention, with Paramount more willing to consider their salary requests. There is also the possibility of all these ideas being put out to pasture a clean slate being adopted. Paramount are to consider their options in the coming months before deciding how to proceed.

With Anton Yelchin dead and either Paramount being scrooges or Hemsworth and Pine dicks, or a mix of both... maybe they should bury the entire Star Trek universe and make something new.