Quentin Tarantino might direct the next STAR TREK movie

It's a bit of a surprise to learn that J.J. Abrams is even considering producing a fourth Star Trek movie, given the disappointing box office of the previous movie, but it's even more surprising to learn that Quentin Tarantino may be involved in the project. 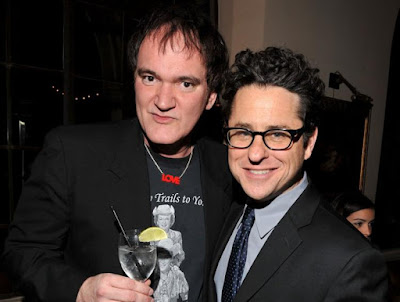 Star Trek Beyond grossed $343.5 million on a budget of $185 million in 2016, meaning that the movie probably only barely broke even (when marketing costs are considered as well) and probably needed media sales and streaming sales to get that far. Although producer J.J. Abrams wanted to move on with a fourth film which would reintroduce Chris Hemsworth as James Kirk's father, Paramount has been slow to get the ball rolling on the project, possibly over cost concerns.

Tarantino's idea seems to have reignited interest in the project, with Paramount likely judging that Tarantino's involvement might at least bring in a larger audience out of curiosity to see what he does with an established franchise.

Tarantino is a big Star Trek fan, particularly of The Original Series and The Next Generation, and has said he far prefers it to Star Wars (in contrast to Abrams' viewpoint). In the past he's batted around the idea of repurposing TV episodes like The City on the Edge of Forever and Yesterday's Enterprise into films.

Abrams, who is deep in pre-production for Star Wars: Episode IX (due out in December 2019), is putting some writers on the idea and will likely produce the film if it goes ahead. Tarantino is making a Los Angeles-based movie set in 1969, due for release in 2019, so likely if the two film-makers do collaborate on this project it won't be until after then.
Posted by Adam Whitehead at 21:51