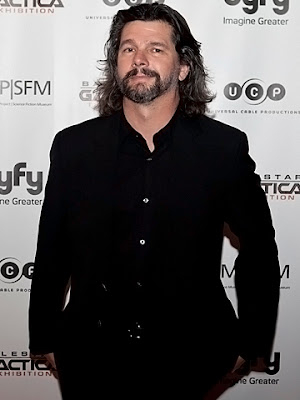 Moore began his career as a writer and producer on Star Trek: The Next Generation's third season in 1989, before becoming an executive producer on Star Trek: Deep Space Nine in 1996-99. He wrote or co-wrote many of the most acclaimed episodes of both series, and also wrote and produced the Star Trek movies Generations and First Contact. After leaving the franchise he worked on Roswell before becoming the showrunner, executive producer and head writer on the Battlestar Galactica reboot (2003-09). Since 2014 Moore has been the executive producer and showrunner on Starz's Outlander, which was recently renewed for a fourth season.

The new series, unnamed at this point, will be set in a parallel history where the Space Race did not end with the moon landings in 1969-72. Instead, the competition between the United States and Soviet Union continues, resulting in the colonisation and commercial exploitation of space at a much earlier point in time than has transpired in reality. It is unclear if the new series will be set earlier in the timeline or in the present, just in this more advanced alternate history.

The premise is not a new one in science fiction: Arthur C. Clarke noted that the Vietnam War threw the Space Race off-track and, without the Cold War heating up, everything he'd predicted in the novel and film 2001: A Space Odyssey would have transpired by that date. Stephen Baxter also wrote a novel based on the same premise, where the United States sends a manned mission to Mars in the mid-1980s as it continues trying to outdo the Soviet Union's accomplishments in space.

This is a bit of a coup for Apple, who previously poached Bryan Fuller from Starz's American Gods to work on their Amazing Stories anthology project with Steven Spielberg. It is unclear if Moore will be leaving Outlander or will work on both projects simultaneously.
Posted by Adam Whitehead at 20:14