After many years of rumours, raised expectations and blind hopes, Tor Books have finally confirmed that a new Black Company novel will drop in 2018. 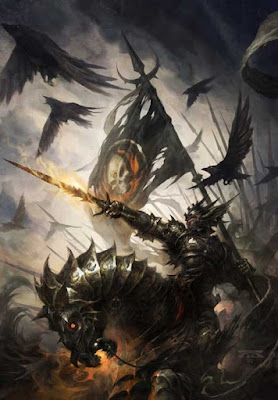 Written by genre stalwart Glen Cook, the Black Company novels began in 1984. There are nine books in the series and Cook has long been promising two more, Port of Shadows and A Pitiless Rain. Port of Shadows, a new "interquel" book taking place between The Black Company and Shadows Linger, is now done and will be published on 25 September 2018. The blurb is as follows:


Years into a campaign against the rebels who have rallied behind the White Rose have left the Company jaded and the fact that the Lady seems to have taken particular interest in Croaker since his stay in the Tower hasn't exactly made his life easier.

Now it looks like The Limper is up to his old tricks and is doing what he can to separate Croaker and the Black Company from The Lady's favor. Now Croaker finds his fate tied to a brand new taken. One claiming to be something impossible but feels uncomfortably familiar. It's going to take all of Croaker's cunning to insure that the mechantions of The Lady and her "loyal" taken, The Limper, don't destroy the company once and for all.

The Black Company has been a hugely influential series, with both George R.R. Martin and Steven Erikson citing it as a major influence on their works.

The Black Company was optioned as a television series earlier this year by David Goyer and Eliza Dushku, but no further news has emerged on it.
Posted by Adam Whitehead at 17:45

According to TOR it's volume 3 not 2

It came out and I've read it. The above blurb is NOT accurate. The above blurb would have made a better novel in my opinion. It was still good, though strange, I just felt like he could have done way more. The mystery and Croaker being less involved was not exciting. I like that blurb above. That should have been the story. More Limper. It started with a lot of Limper, but he faded and never really showed up in second half.