1700. The world is divided between several major European powers, a smattering of colonies in the Caribbean and Americas, and the rising power of India, which European nations are starting to take an interest in. There is an opportunity here for an ambitious nation to seize real power and conquer the world through trade, diplomacy...or total war. 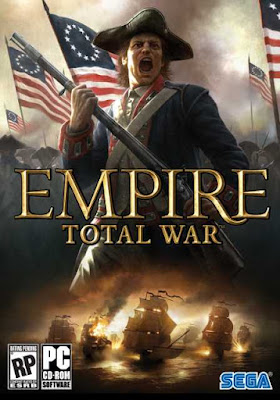 Empire: Total War was originally released in 2009 and is the fifth game in the Total War series (following Shogun, Medieval, Rome and Medieval II). It was the first game in the series to use the Warscape engine - which all subsequent games in the series have used - and also the first to move into the early modern period and depict the use of muskets and cannons on a large scale. It was also the first game in the series to actually depict large-scale naval battles between galleons and warships. It also, famously, launched in a broken state with numerous bugs, graphical and AI issues which saw it lambasted by fans.

Eight years later, following numerous patches and the somehow-even-more-disastrous launch of Rome II, Empire's problems have mostly been fixed and the game can now be assessed more in line with how its creators intended it. 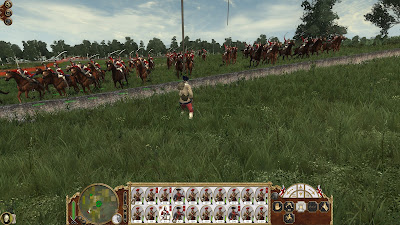 For newcomers, Empire: Total War is a strategy game which is divided into two modes. There is a turn-based grand strategic map, on which armies can be formed and assembled, cities can be fortified, towns and factories upgraded and diplomacy and economic agreements formed. When two armies meet, the game switches to a real-time battle map. These battles favour real-life tactics, such as forming  strong lines to pepper enemy lines with fire whilst manoeuvring cavalry to conduct flanking attacks. You can also use artillery to soften up the enemy before closing to battle.

Empire has the widest scope of the entire series. Earlier games mostly focused on the European continent, the Middle East and the north coast of Africa, whilst Medieval II introduced the coast of North America. Empire has three distinct theatres: North America, Europe and India. Europe and India are (slightly awkwardly) linked together on the map, but for most powers the only practical way of moving between the theatres is by ship. This results in different types of military campaigns in the different theatres: a European nation invading India will be constantly outnumbered and will have to secure and hold territory in the face of unrelenting attacks (allying with one of the two native powers and pitting them against one another whilst you carve up the subcontinent is a viable tactic). The colonies in the New World are much less-developed and armies will be more primitive, mostly consisting of native American allies and colonial militia. But back home in Europe much larger armies featuring state-of-the-art equipment are more the rule. Empire feels truly epic. 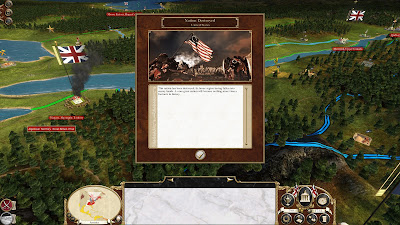 One of the game's biggest changes is moving most of the buildings out of the cities and into the surrounding countryside, as well as the establishing of towns, secondary settlements lacking heavy defences which warring factions can raid or capture to cut off money. This is a good idea as it drastically reduces the number of sieges, the most repetitive part of any Total War game, and results in far more interesting field battles. It does add more micro-management to the strategic layer, with lots of clicking on towns to find out which ones need to be upgraded, but it does give more Civilization-style options to the gameplay. You can also research new technology, which unlocks new buildings, new units and new weapons.

Graphically, the game has aged very well. Both the strategy map and the in-game battles are fantastically detailed and well-presented, and of course even a moderately capable modern gaming PC will blast out the game with everything switched up to max with no problem at all. The music is excellent and the game can be very atmospheric. Once you get used to the secondary settlements and switching between the different theatres, the game settles into that sweet spot between complexity and simplicity that the best Total War games occupy. The core gameplay mechanic of building armies, fending off attacks, seizing territory, pacifying it and moving on is very moreish and it's not uncommon to get that "just one more turn" feeling that ends with you switching the computer off at 3am. On all of these fronts, Empire delivers the goods. 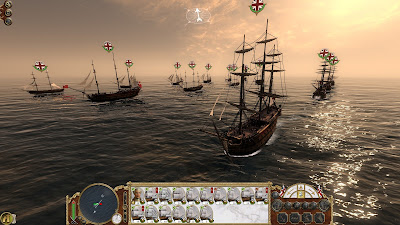 In other areas, the game is more problematic. The battlefield AI is not great, even on the harder difficulty levels. Some battles will feature stunning enemy tactics such as cavalry riding parallel to your infantry, with the AI happily letting its horses get mown down my your infantry rather than engaging. It's also very easy to set up kill zones and letting enemy armies eagerly rush into them. The campaign map AI is fortunately much stronger, with the computer using diplomacy, feints and tactical withdrawals far more intelligently than on earlier games (although they are still reluctant to engage in naval landings and invasions). Naval battles are unfortunately a slight let-down, with generally the bigger fleet of better ships winning. Although they look amazing, the naval battles soon get repetitive and you'll soon be auto-resolving all but the most critical naval battles.

The game does have an interesting variety in factions, with nations such as Prussia, Sweden, Russia and Austria favouring continental armies and forging land empires whilst England and Spain focus more on massive fleets and establishing colonies dotted around the globe. Minor powers such as the United Provinces face a steeper struggle to conquer enemies but can make judicious use of alliances and colonies to fund a military machine. The game leans away from the idea of painting the entire map in your colours (which is inherently unrealistic, even though you can do it with difficulty) in favour of giving your empire historically-inspired, more limited objectives. Even these limited objectives can be quite tough to achieve, but it's a lot of fun to try. The real hardcore gamers can also settle in for massively long campaigns where they try to conquer the entire world and all three theatres. 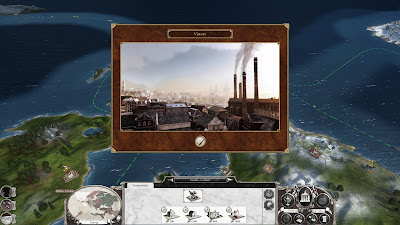 Modern editions of Empire: Total War come bundled with the Warpath Campaign expansion, which offers a very steep challenge where you play as one of the Native American tribes and have to try to hold back the invading Europeans. This is exceptionally tough, pitting guerrilla forces lacking line formations and guns against massive European field armies, but it can be quite satisfying when you rout a "superior" enemy force with cleverer tactics.

Empire: Total War (****½) is a fine game and, now it's technical issues are long in the past, very enjoyable to play. It's wide scope and lots of upgrade options make it one of the most strategically satisfying games in the series and it also has much more gameplay freedom than later titles (starting with Rome II, the series has bafflingly allowed only 3 buildings per city which is limiting). The AI sometimes struggles with this freedom, but ultimately the game emerges as one of the more enjoyable and interesting in the series. The game is available now on Steam.
Posted by Adam Whitehead at 14:21