Netflix have announced that they are developing an original movie based on John Scalzi's 2005 novel Old Man's War. 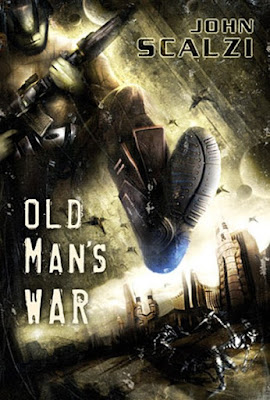 The book, which riffs off both Joe Haldeman's The Forever War and Robert Heinlein's Starship Troopers, focuses on an old man who agrees to fight on the front lines in a war against an alien species in return for being given a younger body. The novel has been optioned previously, with some thought in turning it into a movie or a TV series. The novel has five sequels: The Ghost Brigades (2006), The Last Colony (2007), Zoe's Tale (2008), The Human Division (2013) and The End of All Things (2015), ensuring a lengthy franchise if the first movie is a success.
Posted by Adam Whitehead at 18:34

Not holding my breath. It has been optioned before and nothing happened. No reason to believe otherwise, especially if Will Smith's Bright tank.