Get some free games! For free!

Two of the online video game stores are giving away free games this week to entice people to look at their December sales. 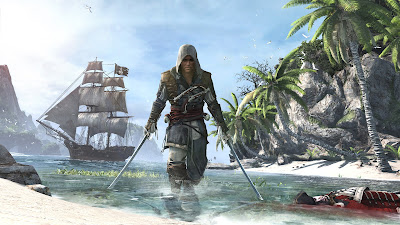 Ubiplay has put up Assassin's Creed IV: Black Flag for free for this week. This nautical take on the Assassin's Creed franchise is often cited as the best game in the series and an easy one to start off with.

GoG also has Grim Fandango Remastered up for free for this week. Originally released in 1998 by LucasArts, Grim Fandango is comfortably one of the best video games and certainly one of the best adventure games of all time. The remastered edition adds a revamped and much-improved mouse control system and enhanced graphics.
Posted by Adam Whitehead at 16:12