THE WITCHER TV show gets a showrunner 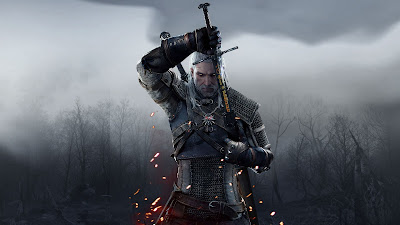 Hissrich was a writer and co-executive producer on Netflix's Jessica Jones, Daredevil and The Defenders, as well as a producer on Power and a staff writer on The West Wing. This continues Netflix's tradition of promoting from within and giving writers and producers on their shows a shot at running their own projects later on.

The Witcher books chart the adventures on Geralt of Rivia, a monster-hunter who initially spends his time hunting and fighting monsters in the wilderness. Despite being a loner, he gradually attracts a number of allies, including the sorceresses Yennefer and Triss, the enigmatic young woman Ciri, the bard Dandelion and the dwarf Zoltan.

It is unknown what short stories and books the TV show will adapt, or if they will have anything to do with the highly successful Witcher trilogy of video games, since some of the game personnel will be working on the TV show in the effects department.

The Witcher is not expected to debut on Netflix until mid-to-late 2019 at the earliest.
Posted by Adam Whitehead at 00:20

I've watched all the movies that were made with all the scenes and cut scenes of the video games on Youtube, very neat way to be introduced to all of the characters. Then later on I purchased every one of the books to read, one heck of a great series and can't wait to watch what ever it is they do to place this on film.