C.S. Friedman has confirmed via Facebook that her Coldfire Trilogy has been optioned for television. 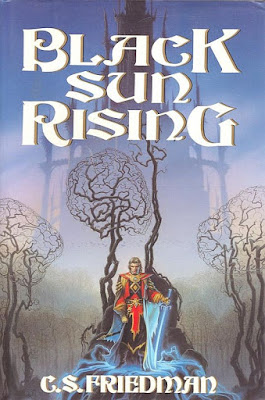 So far it has not been revealed what company has optioned the project, but it is early days and it is not guaranteed that the books will make it to the screen. Still, it's a good first step and interesting that TV studios are looking beyond the obvious big-hitters in the genre to lesser-known but critically-acclaimed works.

The Coldfire Trilogy consists of Black Sun Rising (1991), When True Night Falls (1993) and Crown of Shadows (1995). It is a rationalised fantasy, with a (somewhat) traditional epic fantasy narrative unfolding on an alien planet colonised by a futuristic Earth society. It is generally well-regarded as one of a number of early 1990s fantasy series that codified the genre and showed it was possible to do things other than Tolkien knock-offs.
Posted by Adam Whitehead at 16:15