Disney has agreed to buy out 20th Century Fox from its parent company, 21st Century Fox (formerly News International), and chief executive Rupert Murdoch. Murdoch has been looking to offload 20th Century Fox to focus instead on his sports and news brands in the United States. 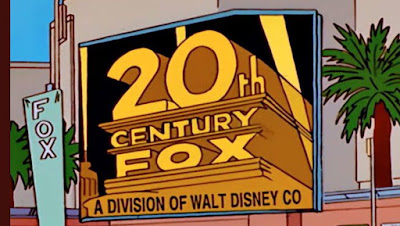 The deal is one of the largest entertainment mergers in history, worth over $68 billion (once debts are taken into account). It sees Disney take control of the vast back catalogue, current film slate and future greenlit film projects from Fox and numerous (but not all) TV properties. These include franchises ranging from Alien, Planet of the Apes and Avatar to Buffy the Vampire Slayer, Firefly and Voyage to the Bottom of the Sea and The Simpsons.

Particularly of value to Disney will be the re-merging of properties. As a result of this merger, Star Wars Episode IV: A New Hope (aka “the original one”) is now reunited with the rest of the Star Wars franchise for perpetuity. Previously Fox had permanent ownership of the film (in a deal done with George Lucas to finance budget overruns on The Empire Strikes Back in 1979). More interesting is that the deal also reunites all the characters licensed by Marvel to 20th Century Fox back in the late 1990s, including the X-Men and Deadpool franchises and the upcoming X-Force and Dark Phoenix movies. It also gives Disney distribution rights to the Fantastic Four franchise, although production rights remain with a third party (although without Disney’s cooperation they wouldn’t be able to release any more movies, so this is likely not a major issue). Whether the X-Men and Fantastic Four characters will now be integrated into the upcoming Phase Four of the Marvel Cinematic Universe (with rumours circling that Phase Four will be a clean-slate reboot, which needs to be confirmed) remains to be seen, but it’s known that Marvel Studios exec Kevin Feige has been particularly eager to get his hands on the X-Men and Fantastic Four roster of villains.

One of the big winners out of this will be Disney’s new streaming service, planned to launch in 2019. This streaming service will now, presumably, have access to 20th Century Fox’s entire back-library of films and TV shows (at least as those licenses with other distributors such Netflix and Amazon expire). In addition, Disney will acquire Fox’s share in online streaming service Hulu, giving them control over the operation. It may even be that Hulu will be transformed into the new Disney streaming service (which will likely have a Disney-branded children’s stream and differently-branded adult service), allowing Disney to build on a successful base rather than starting everything from scratch. Disney’s animation wing will also be strengthened by the addition of The Simpsons, as well as getting an adult-oriented slew of animation programming including Family Guy and Archer.

The deal includes not just 20th Century Fox but also the FX Network Group, National Geographic and Fox’s stake in Sky TV in the UK. Fox’s total buy-out of Sky is more likely to succeed now, with Disney seen as a less controversial choice by the UK government. The Fox Broadcasting Company, Fox Television Studios, the Fox News Channel, the Fox Business Network and Fox Sports are excluded and will form their own new, independent company.
Posted by Adam Whitehead at 18:05

Basically Disney is entertainment Pacman. It rolls around gobbling up all of the production/film/entertainment companies and in another decade it's going to end up becoming a real life version of Weyland-Yutani but with comic books instead of interstellar spaceships.

I'm not sure this is that good of a deal for fans. I know a lot of fans are just waiting for Marvel Studios to put the X-Men alongside the Avengers but the movies are doing fine on their own. Also, putting the X-Men in a Marvel means it is going to be a MARVEL movie and that means they are going to follow the Marvel formula. Don't expect another movie like Logan if that happens.