DUNE trailer to arrive this month

SF fans have been eagerly awaiting their first proper look at director Denis Villeneuve's next film, an adaptation of Frank Herbert's sprawling SF epic Dune. Now star Timothée Chalamet, who plays Paul Atreides in the film, has indicated that we should get a trailer before the end of the month. 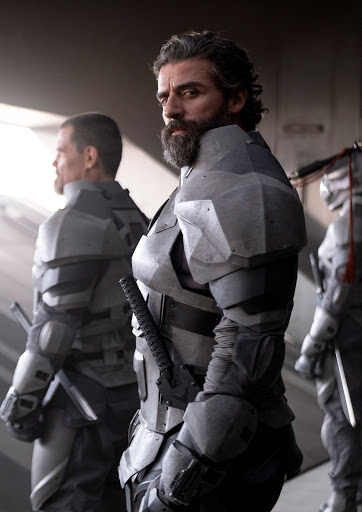 A number of publicity images from the movie were released back in April, leading to speculation that a trailer was imminent. However, the trailer seems to have been delayed as the studio considered the chances of them actually hitting their planned 18 December release date considering the ongoing coronavirus pandemic.

It now appears they are happier with the likelihood of the film going ahead as planned. It should be noted that releasing a trailer in late August, just three and a half months ahead of the film's release, is awfully short notice for a film of this scale, leading some industry watchers to speculate if this will hurt the film's box office prospects. There is also speculation that the movie might move early to VOD services, like Bill & Ted Face the Music and Mulan, although it's bee noted that Dune's immense budget and the requirement to make the money back makes this less likely.