More pictures have been released from the new film version of Dune, due to hit cinemas in December. 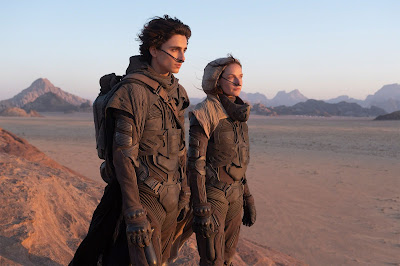 This first image sees Timothée Chalamet (Interstellar, Lady Bird) as Paul Atreides on the surface of Arrakis, the planet popularly known as Dune. Also pictured is his mother, the Lady Jessica Atreides, concubine to Duke Leto, played be Rebecca Ferguson. Both are wearing stillsuits, garments which completely recycle all body moisture, a necessity for survival in Dune's harsh climate.

The desert scenes were filmed in Jordan in the spring and summer of 2019, which the cast noted as being brutally hot and not helped by their bulky costumes. The role of Paul was previously played by Kyle McLachlan in the 1984 film version of Dune, directed by David Lynch. 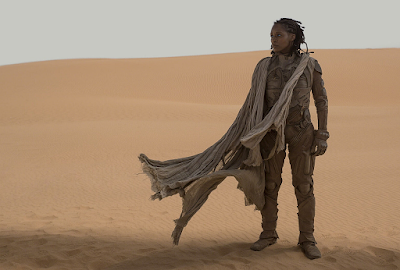 This image confirms the casting of Sharon Duncan-Brewster (Years and Years) as Dr. Liet-Kynes, the Imperial Ecologist on Arrakis, a functionary of the Imperium assigned to investigate the ecology and geology of the planet but has "gone native," allying with the native Fremen and taking a Fremen spouse.

In the original Dune novel Liet was male, and was played by Max von Sydow in the 1984 film. The role was gender-swapped after director Denis Villeneuve noted that changes in the script had otherwise reduced the number of major female characters (particularly the splitting of the story into two movies, which presumably pushes Alia Atreides and Princess Irulan Corrino into the second film). 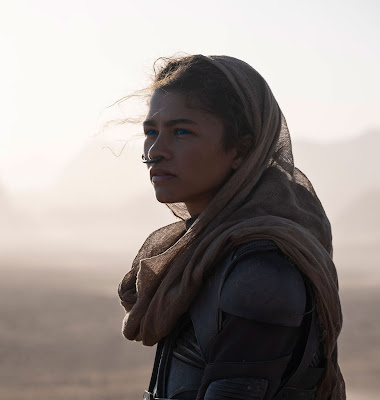 This is our first look at Zendaya (Spider-Man: Homecoming) as Chani, Dr. Kynes's daughter, raised in the ways of the Fremen. Sean Young played the role in the 1984 film. 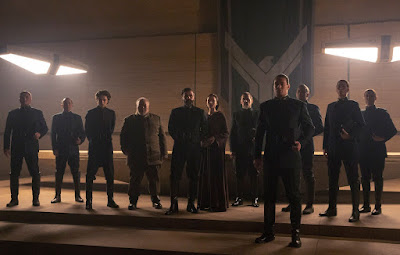 In the 1984 film, Thufir Hawat was played by Freddie Jones. 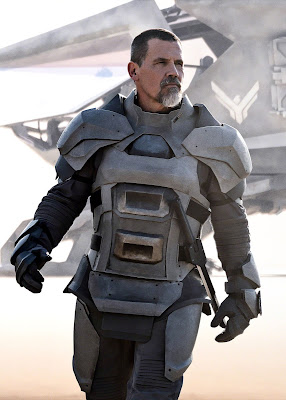 Josh Brolin (The Avengers: Endgame, Sicario) plays Gurney Halleck, an Atreides military commander who holds a fierce hatred of the rival Harkonnen family. He is one of Paul's military tutors and mentors. Pictured behind him appears to be an Atreides ornithopter.

In the 1984 film version of Dune, he was played by Patrick Stewart. 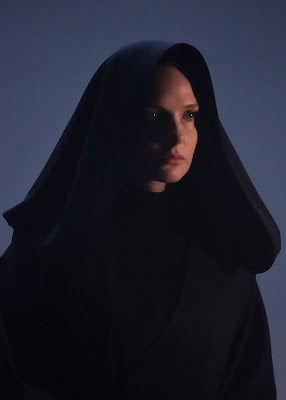 Rebecca Ferguson (The White Queen, The Girl on the Train) as Lady Jessica. Jessica is a member of the Bene Gesserit Sisterhood, a secretive order who have been working to a breeding programme ten thousand years in the planning, conspiring to bring about the birth of a super-being known as Kwisatz Haderach. Jessica's love for her duke has upset the Sisterhood's plans and led to her near disgrace in the order.

Jessica was previously played by Francesca Annis in the 1984 movie. 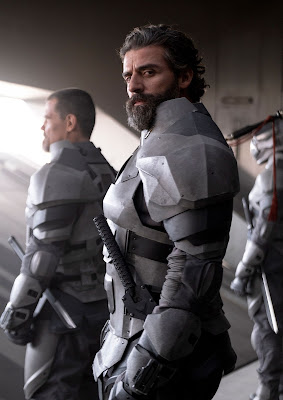 Oscar Isaac (Star Wars: The Force Awakens, Show Me a Hero) plays Duke Leto Atreides, the head of House Atreides and a canny warrior, skilled general and accomplished diplomat. Immensely popular the Landsraad Council for his charisma and good judgement, Leto's popularity arguably eclipses that of Emperor Shaddam IV's, to the latter's disquiet.

In the 1984 film version of Dune, Duke Leto was played by Jurgen Prochnow. 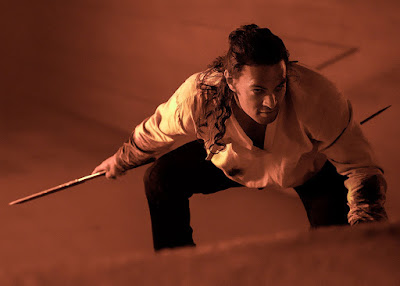 Jason Momoa (StarGate: Atlantis, Game of Thrones, Aquaman) as Duncan Idaho, a skilled Swordmaster of the Ginaz School. He is Paul's tutor in swordplay and personal combat. Duncan has been a reluctant hero and, although he doesn't know it, will go to be one for a long time to come. He is the only character to appear in all six canonical Dune novels, so if the film is a hit, Momoa might be playing this role for some years to come.

Richard Jordan played the role of Duncan in the 1984 film, with a significantly smaller role than in the book. 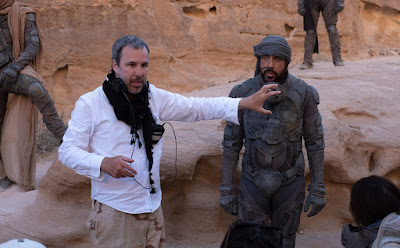 Director Denis Villeneuve with Javier Bardem (No Country for Old Men), who plays Stilgar. Stilgar is a respected leader among the Fremen, the commander of Liet and Chani's tribe. He becomes an ally of the Atreides in the struggle against the Harkonnens, although he is keen not to let his people become pawns.

Dune is due for release on 18 December 2020, global pandemic permitting.
Posted by Adam Whitehead at 17:45