Amblin Entertainment have picked up the film rights to the critically-acclaimed 2014 SF novel The First Fifteen Lives of Harry August, by Claire North. 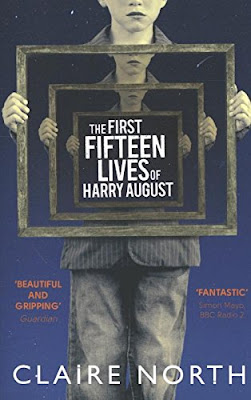 The novel, which won the John W. Campbell Memorial Award for Best Science Fiction Novel and was an Arthur C. Clarke Award nominee, sees a man living the same life over and over again, gaining new knowledge with each lifetime which he can use to then change the course of history. Things are complicated when he meets a rival with the same power, resulting in a desperate struggle as they each try to stop the other being born.

The novel was a big mainstream crossover hit in the UK after it was featured on Richard and Judy's Book Club, our biggest TV book show. The author, whose real name is Catherine Webb, has since published a string of stand-alone books which ask similar questions about life, existence and identity: Touch (2015), The Gameshouse (2015), The Sudden Appearance of Hope (2016), The End of the Day (2017), 84K (2018) and The Pursuit of William Abbey (2019). As Kate Griffin she has also published the Matthew Swift/Magicals Anonymous urban fantasy series (2009-13) and under her own name she has published numerous YA novels, most notably the Horatio Lyle series (2006-10).

The film is apparently being (relatively) fast-tracked, with Wes Ball (the Maze Runner trilogy) already tapped to direct. Melissa Iqbal (Origin, The Nevers, Humans) is writing the script. Production starting, of course, depends on the duration of the current coronavirus pandemic.
Posted by Adam Whitehead at 16:04