LAST OF US II delayed indefinitely due to coronavirus pandemic

The eagerly-awaited video game The Last of Us II has been indefinitely delayed due to the ongoing coronavirus pandemic. 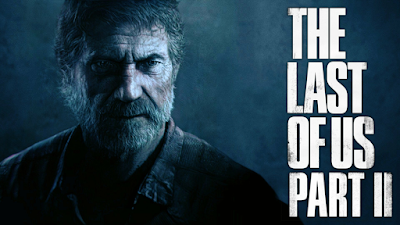 The movie and TV industries have been hit badly by the pandemic, which has seen almost the entire global TV and film production industries shut down until further notice. The video game industry has been much more bullish, developers announcing that they are much better equipped to work from home and some even citing the advantages of doing so. CD Projekt Red recently confirmed that, after a few days' delay whilst they transitioned to home working, they are full steam ahead on Cyberpunk 2077 (due for release in September) and a new game in The Witcher series.

However, it appears that whilst development work can continue from home, the pandemic is impacting on the ability to manufacture and deliver physical copies of the finished game. The release of Final Fantasy VII Remake, the first major release during the pandemic (Doom Eternal and Animal Crossing: New Horizons both managed to slip out just ahead of most countries going into lockdown), has become fragmented with some countries receiving their copies of the game almost two weeks ahead of the official release date, whilst other territories may not receive copies until after the date given worldwide delivery disruptions. There is also the matter of retailers such as Amazon low-prioritising entertainment products in favour of essential goods.

The Last of Us II is functionally complete and ready to roll, with Sony admitting the main problem is the practicalities surrounding the release of the game.

Fans will be hoping that other games will not be impacted, particularly the year's other big release, Cyberpunk 2077.

HBO is currently developing a Last of Us television series with Sony Television, with Chernobyl head writer Craig Mazin attached to write.
Posted by Adam Whitehead at 18:22

Email ThisBlogThis!Share to TwitterShare to FacebookShare to Pinterest
Labels: coronavirus, naughty dog studios, news, sony, the last of us, the last of us 2