In an interesting move, HBO has joined forces with Sony Television to produce a TV series based on the extremely popular video game The Last of Us. 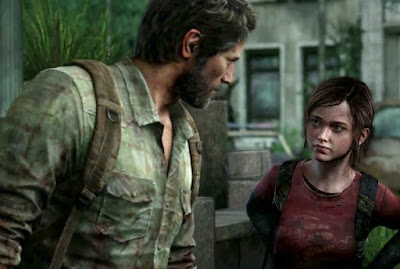 Sony has created a new production company, PlayStation Productions, with a view to transferring more of its video game properties to TV and film. The Last of Us will be the first project in this vein.

Craig Mazin, who created and wrote Chernobyl for HBO last year, will executive produce and write. Neil Druckmann, the writer of the video game, will also work on the TV series as a producer and writer. Druckmann co-wrote the first, second and fourth games in the Uncharted series as well as episodes of Between the Lines and Face Off.

The game and the TV series are set in a post-apocalyptic world where a toxic fungus has infected millions of people and turned them into violent monsters. The main storyline follows Joel, a middle-aged survivor who finds himself sworn to protect a young girl, Ellie.

Released in 2013, The Last of Us was a huge critical and commercial success for Naughty Dog Studios. It has sold over 17 million copies. The Last of Us, Part II is due for release in May this year and is one of the most eagerly-awaited video games of the year (alongside Cyberpunk 2077 and Final Fantasy VII Remake). The 2017 movie Logan is noted as having likely been strongly inspired by the game.

So far the project is only in development, but with the creative talent lined up it seems likely that HBO will proceed with an order. It's unclear if this will be a pilot order or a full season greenlight at this time. The series will initially cover the events of the first game in the series, with the possibility of expanding to incorporate the events of the second (which is set five years later) if it is successful.
Posted by Adam Whitehead at 20:43

Email ThisBlogThis!Share to TwitterShare to FacebookShare to Pinterest
Labels: hbo, naughty dog studios, playstation productions, sony, the last of us