THE MANDALORIAN adds Michael Biehn and Rosario Dawson for Season 2

The Mandalorian is adding some geek starpower to its second season. 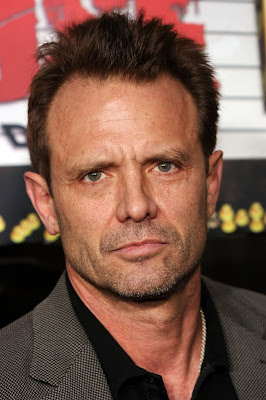 Perennial 1980s legend Michael Biehn is joining the show as a bounty hunter. Biehn is best-known for playing the roles of Kyle Reese in The Terminator (1984) and Corporal Hicks in Aliens (1983), both directed by James Cameron. He has also appeared in films including Navy SEALS (1990), Tombstone (1993) and The Rock (1996).

In an also-exciting bit of casting news, Rosario Dawson (Kids, Sin City, the Netflix Marvelverse) is joining the show as former Jedi apprentice Ahsoka Tano. Ahsoka was a regular character in the animated series Star Wars: The Clone Wars and a recurring one in Star Wars: Rebels, in both cases voiced by Ashley Eckstein. Dawson, a huge Star Wars fan, has expressed a long-standing interest in playing the character.

Season 2 of The Mandalorian completed principle photography several weeks ago, before the coronavirus pandemic forced a shutdown of filming projects worldwide. Work on the series has been continuing with the visual effects teams working remotely, although given the show's immense effects requirements it is unclear if it will be possible to complete the show in the same timeframe working just from home. Both The Walking Dead and Supernatural recently confirmed that it was impossible to complete the post-production requirements for their already-filmed episodes through remote working alone, putting both series on indefinite hiatus. Officially, Season 2 of The Mandalorian is set to air in October, but given the current situation delays may be possible.
Posted by Adam Whitehead at 23:19