Max von Sydow, one of the greatest actors to ever grace the screen, has sadly passed away at the age of 90. 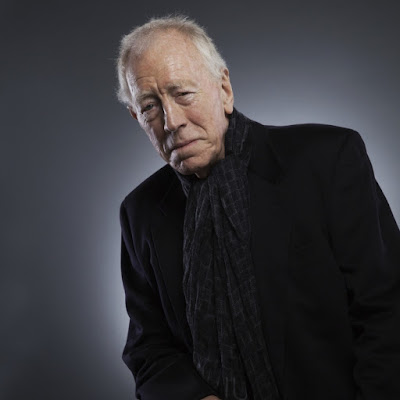 Max von Sydow was born in Sweden in 1929 and began acting in school and then in the theatre. He made his screen debut in Alf Sjöberg's film Only a Mother in 1949. He met Ingmar Bergman in Malmö in 1955 and they became friends and close collaborators. Sydow described Bergman as his mentor. Their most famous collaboration came in 1957 with The Seventh Seal, where Bergman plays a knight who tries to avoid dying by playing a chess game against a personification of Death.

The Seventh Seal was an international hit and a major breakthrough for Bergman and von Sydow, as well as Swedish cinema in general. Von Sydow found himself in demand in the United States and UK, even being asked to play the title villain in the very first James Bond movie, Dr. No (1962). He resisted such calls until 1965, when he was cast as Jesus in The Greatest Story Ever Told. From 1965 onwards von Sydow maintained a foot in both American and European cinema, frequently moving between them as projects came up that attracted his interest.

Max von Sydow soon became a favourite of genre producers and directors for his gravitas, memorable voice and his consummate professionalism: no matter how hokey the script or premise, von Sydow could be relied upon to always bring his A-game. Noted as an intense, dramatic actor von Sydow also had a wickedly funny side that the right roles could bring out, as his superb, scene-chewing performances in Flash Gordon (1980) and Conan the Barbarian (1982) can attest. Von Sydow was also happy to play both large and small roles, to be the leading man or part of an ensemble.

Von Sydow's genre credentials of interest are almost too numerous to list, but include the following:


His final appearance was as Admiral Petrenko in Kursk (2018), which came sixty-nine years after his very first on-screen role. Along the way he appeared in (possibly) the biggest TV show of all time, Game of Thrones, and in one of the most popular video games ever made, Skyrim. He helped relaunch the Star Wars franchise in 2015 by appearing in the opening moments of The Force Awakens, and was one of the best things in disappointing movies such as Judge Dredd (1995) and Needful Things (1993). He worked with some of the greatest direcotrs of all time, including Ingmar Bergman, David Lynch, Steven Spielberg, Ridley Scott and Martin Scorsese.

It is a surprise that he never won a major award, although he was nominated twice each for an Oscar, a Golden Globe and an Emmy. He did win prizes at the Cannes and Venice Film Festivals, and also awards from the Los Angeles Film Critics Association and three times at the Swedish Guldbagge Awards.

Max von Sydow was a giant of cinema and perhaps somewhat under-appreciated, for his relatively restrained, elegant performances and reliable worth ethic, something I suspect will now be reassessed. He will be sorely missed.
Posted by Adam Whitehead at 13:21

Don't forget his role as the evil Brewmaster in 1983 movie classic 'Strange Brew'!