Final LAST KINGDOM novel to be released this October

HarperCollins have confirmed that the thirteenth and final Last Kingdom (aka The Saxon Stories) novel by Bernard Cornwell will be released this October. 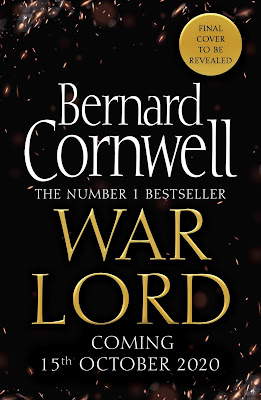 The book will be entitled War Lord and will, assuming Cornwell's previous statements about how the series ends hold true, depict the Battle of Brunanburh, effectively the last major conflict between the Anglo-Saxons and the Danes on the island of Britain for a century. Uhtred will be an old man by this time (in his seventies at least), so the series will presumably deal with Uhtred's ultimate fate and those of his friends and family.

Season 4 of The Last Kingdom, the Netflix series adapting the books, will arrive in the late spring or summer of this year. It will adapt the seventh and eighth books in the series, The Pagan Lord and The Empty Throne.
Posted by Adam Whitehead at 01:23