Production of LORD OF THE RINGS: THE SECOND AGE and THE WHEEL OF TIME shut down

Production of Amazon Prime Television's Lord of the Rings: The Second Age (likely not the final title) has been suspended for two weeks due to the spreading coronavirus pandemic. 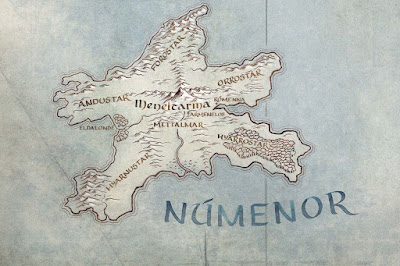 More than eight hundred cast and crew are involving in the production of the series, which is shooting on sound stages in West Auckland, New Zealand. Filming of the series had been underway for only a few weeks when the shutdown order came.

The series was due to suspend filming from late April for two months to give the writers time to prepare scripts for the second season, which is expected to be filmed back-to-back with the first. With the show not likely to air until late 2021 at the earliest (and some rumours had even mooted a 2022 release), it can endure a moderate shutdown but a lengthy one will likely negatively impact on the release window.

New Zealand only has ten cases of coronavirus, two of which have already recovered, and no deaths so far, but the country has instituted significant measures to protect itself, including restrictions on entry and exit from the country and strict controls for anyone showing symptoms or having been in contact with them. There is some hope that New Zealand will be able avoid a major outbreak. However, if its control measures remain in place it's possible that returning actors and crew from overseas may find it difficult to re-enter the country speedily.

Officially the suspension is for a fortnight, so it's likely that cast and crew will remain in the country, and the practicalities of resuming production can be reassessed at that point depending on if more cases emerge. If they do not, it may be deemed possible to resume production.

Meanwhile, following signs of a shutdown on Thursday, Sony Television formally suspended production of The Wheel of Time's first season on Friday. The series had been filming in the Czech Republic, whose government instituted very heavy restrictions on Friday morning. It's unclear if production can resume or will have to be delayed until after the outbreak. The Wheel of Time was able to complete production of several episodes, but it is also unclear if these will air early or be held back until production on the rest of the season is finished.
Posted by Adam Whitehead at 15:35