Maverick theatre director and cult SF/F director Stuart Gordon has sadly passed away from multiple organ failure at the age of 72. He is best-known as the co-creator of the Re-Animator and Honey, I Shrunk the Kids franchises. 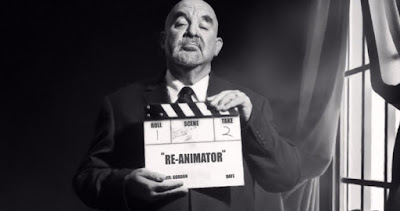 Gordon was born in Chicago and rose to fame on the city's theatre scene in the late 1960s, working in "shock performances." The Game Show (1968) featured audience members (actually plants) being attacked by performers and a political allegory version of Peter Pan (1968) saw him arrested for obscenity. The following year he created the Chicago Organic Theatre Company and performed numerous plays, including works by David Mamet. He created and wrote the play E/R Emergency Room which ran for many years and in 1985 was adapted as a TV series which lasted for just one season, but cast George Clooney and Mary McDonnell, who later appeared in the considerably more successful but very similar drama series ER.

In 1985 Gordon directed his first feature film, the cult science fiction/horror B-movie tribute Re-Animator, starring Jeffrey Combs. The movie was a surprise hit and later had two sequels, Bride of Re-Animator (1990) and Beyond Re-Animator (2003), although Gordon was not involved. Gordon returned to the franchise for Re-Animator: The Musical (2011), which had a successful run in Los Angeles and New York.

Gordon then directed the horror movies From Beyond (1986) and Dolls (1987) before writing the script for Honey, I Shrunk the Kids (1989). He was due to direct the film, but had a bout of illness and Joe Johnston was drafted in to replace him. He later produced the sequel, Honey, I Blew Up the Kid (1992).

For television he also directed episodes of Bleacher Bums, Honey, I Shrunk the Kids: The TV Show, Masters of Horror and Fear Itself.

Gordon's work is noted for its dark sense of humour and ability to provoke a strong audience reaction, whilst also retaining a solid emotional motivation for the characters. His work will live on, with a new Honey, I Shrunk the Kids movie in development with Rick Moranis slated to return to his starring role.
Posted by Adam Whitehead at 10:30