The filming of the Disney+ series Falcon and the Winter Soldier in Prague has been shut down in response to government restrictions on public gatherings in response to the coronavirus pandemic, the first major project to be impacted by the growing infection. 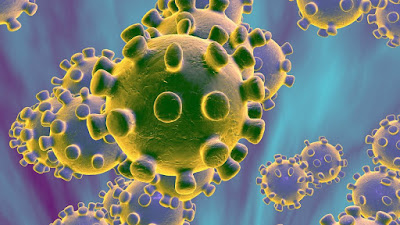 Falcon and the Winter Soldier's main production base is in Atlanta, Georgia, where the show has already been filming for several months. The Prague leg of the shooting was only expected to last for a week, with the expectation that the shoot will be moved elsewhere (possibly back to the United States). In this case, the cancellation of filming in the Czech capital is unlikely to be disastrous for the project, which has an August launch date.

A bigger question mark hangs over those productions based in the area which are currently ongoing: Amazon Prime Television is currently filming the first season of The Wheel of Time and the second season of Carnival Row in and around the city. The Wheel of Time is on its last leg of filming, with production currently scheduled to last until early to mid-May. Carnival Row started shooting on 11 November, with production based in the Barrandov Studio in Prague.

The Czech Republic currently has a relatively low rate of coronavirus infection, with 94 infections and 0 deaths as of yesterday, but the country borders several European nations experiencing more severe outbreaks (most notably Germany) and is battening down the hatches in preparation for more cases.

With the infection reaching pandemic status and spreading across the world, it is likely that more productions and projects will be impacted on a global level. The release of the latest James Bond film, Fast and the Furious 9 and A Quiet Place Part 2 have been delayed (FF9 by a full year) in response to the crisis and Disney are considering whether to do the same with their next MCU movie Black Widow, which opens on 1 May. Numerous genre films and TV shows are currently filming which could be impacted in the coming weeks, including Season 2 of The Witcher in the UK and Season 1 of The Lord of the Rings: The Second Age in New Zealand.

Major SFF events and gatherings worldwide are also under threat: Eastercon in the UK is still due to go ahead next week, but may be impacted if the UK government imposes tougher restrictions in this country. WorldCon in New Zealand in August is also still scheduled. Relatively remote New Zealand has only 5 confirmed cases of the virus and has locked them down pretty tight and may stand a reasonable chance of riding out the situation, but may also impose tougher travelling restrictions as the worldwide situation changes.

The annual E3 video game conference in June has also been cancelled, but for the moment the San Diego Comic-Con in July and next month's WonderCon in Anaheim, California are still planned to go ahead.
Posted by Adam Whitehead at 12:55

Here's hoping this gets resolved quickly and efficently so we can all go back to our lives. IMO, this should have never left China - though that probably would have been impossible.