In a highly surprising movie, the Game of Thrones prequel series, House of the Dragon, will not be shooting in Northern Ireland and Belfast. HBO has issued notice that it no longer requires the Paint Hall Studio facility, which can now be let out to other productions. 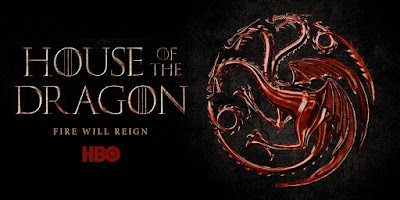 The Paint Hall Studio in Belfast and surrounding locations throughout Northern Ireland were used for the filming of Game of Thrones from the start of the pilot shoot in October 2009 to the wrapping of principle photography around 8 July 2018. The production also filmed scenes in Scotland, Malta, Spain, Morocco, Croatia and Los Angeles, but Belfast was the main production base for the entire run of the series.

The proposed first spin-off show (which was probably going to be called The Long Night or The Longest Night, but was shot under the codename "Bloodmoon") also shot its pilot episode in the same facility before HBO decided not to proceed with the project.

The news is particularly surprising given that House of the Dragon will use many of the same locations as Game of Thrones, including the city of King's Landing, the Red Keep, Dragonstone, Harrenhal and other familiar spots from the previous series. However, many of the standing sets were destroyed during the filming of Game of Thrones' final season or torn down to make room for the sets in the prequel pilot, so would have to be rebuilt from scratch in any case.

Rumours about possible filming locations are circulating, with Spain and Croatia possibilities due to their former associations with Game of Thrones shooting, although city authorities in the Croatian city of Dubrovnik are apparently ambivalent about a continued association with the project after a massive boost in tourism bolstered the economy but at the cost of extremely long lines, waiting times and overcrowding during the summer.

There's also unconfirmed rumours that HBO may be looking just across the border in the Republic of Ireland to film the series. The Republic has significant tax breaks for productions and has been playing host to a number of other series, including Vikings, for many years.

House of the Dragon, which will focus on the Targaryen civil war known as the Dance of Dragons, is expected to enter production later this year or in early 2021 for broadcast on HBO in early 2022.
Posted by Adam Whitehead at 13:27