George R.R. Martin has launched a lawsuit to regain the TV and film rights to his novella, The Skin Trade. 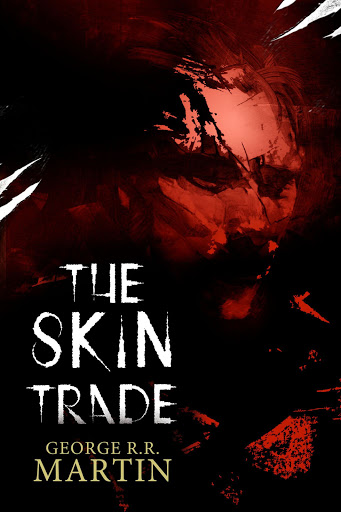 Originally published in 1988 in Night Visions 5 (and later as Dark Visions), alongside three Stephen King and three Dan Simmons short stories, the werewolf-centric The Skin Trade is one of Martin's better-known pre-A Song of Ice and Fire novels and one of his last horror stories.

The novella won the 1989 World Fantasy Award and was nominated for a Bram Stoker Award. It was adapted into a comic book in 2013-14 by Avatar Press.

Mike the Pike Productions bought a five-year film option in 2009 (before Martin achieved worldwide fame through the Game of Thrones television series), which it later sold to the Blackstone Manor LLC production company. Blackstone ostensibly began filming in September 2014, just before the option expired, but only filmed a few scenes with a barebones cast and crew. As of six years later, the film remains incomplete and unreleased.

Martin's lawyers have argued that this was a spoiling tactic designed to keep the rights in hand rather than seriously fulfil them. These kind of tactics are commonplace in Hollywood, although they are rarely effective in the long term, often being seen as being an attempt to use the letter of the law to circumvent the spirit of the law. Blackstone's case is particularly weak as they did not complete nor release the film.

A similar tactic was employed in 2015 by Red Eagle Productions, the rights-holders of the Wheel of Time television and film rights, when their deal was about to expire. They created a 20-minute short film called The Winter Dragon (based on the prologue of the first novel) in an attempt to hold onto the rights. By hiring a well-known actor (Billy Zane) and airing the film on television (on the FX Channel, albeit as a paid-for infomercial) they created a stronger argument and during the subsequent legal battle with the Robert Jordan Estate enough of an argument was created to make an out-of-court settlement more reasonable (Red Eagle have subsequently indicated that they had already opened negotiations with Sony Television, leading to the current Amazon Prime adaptation, and wanted to ensure they were not cut out of any final deal).

Blackstone's case appears to be much less convincing in this case, and George R.R. Martin's financial firepower to carry the case forwards is formidable. From the sound of it, other parties are interested in pursuing a Skin Trade adaptation (Martin has an overall development deal at HBO and it may well be that this is a project they'd like to consider), once the situation has been resolved.