In surprising but welcome news, Christopher Eccleston is returning to Doctor Who for the first time since his short but well-regraded stint as the Ninth Doctor in 2005. 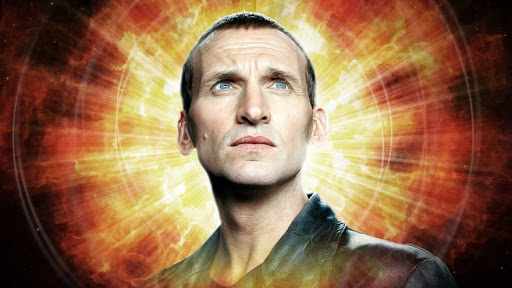 He's not coming back to TV - yet - but instead the long-running and well-regarded series of audio dramas by Big Finish have contracted with Eccleston to appear in no less than twelve new stories. Big Finish have tapped almost every single living actor to play the Doctor or a companion to appear in audio stories set during their runs, allowing fans to revisit their favourite Doctor/companion pairings without that pesky ageing issue getting in the way. Christopher Eccleston was the biggest missing piece of the puzzle.

Eccleston will appear in twelve stories, to be released as four box sets of three stories each. These will be released in May, August and November 2021 and in February 2022. It's not yet been revealed who else will be starring in the dramas, although fans will be hoping that Billie Piper (who has done several dramas) might be persuaded to return as Rose.

Eccleston was cast as the Doctor when Russell T. Davies - whom he had just worked with on the ITV drama Second Coming - resurrected the show for the BBC. Although the plan was for him to stay in the role for several seasons, Eccleston suffered an early creative clash with one of the directors working on the series, whom he believed was bullying and harassing cast and crewmembers, and stepped in to address the situation. He was upset when he felt he was not given sufficient backup from the producers and decided to quit. He did feel things improved by the end of his stint on the series, particularly his collaboration with director Joe Ahearn on the concluding episodes of the season, but by that point had already resigned and his replacement, David Tennant, had already been cast.

Eccleston's experiences on the show and resulting mental health issues (discussed candidly in a recent autobiography) soured his feelings towards returning, despite his respect for his fellow castmembers and many of the crew. In 2013 he entered into discussions with then-showrunner Steven Moffat about returning for the 50th anniversary special, but wanted to have a say in the choice of director. When the BBC was unable to provide that, he decided not to return; John Hurt was drafted in as the previously unseen "War Doctor" to replace him, although Eccleston's face is briefly seen at the end of the episode when the War Doctor regenerates into the Ninth Doctor.

With the 60th anniversary of Doctor Who looming in November 2023, this may also renew hopes that Eccleston could return to the role on screen as well for a reunion special.