Thanks to detective work courtesy of user Zionius via Reddit, more information has come to light about the various spin-off Game of Thrones shows HBO had been working on back in 2017-18. 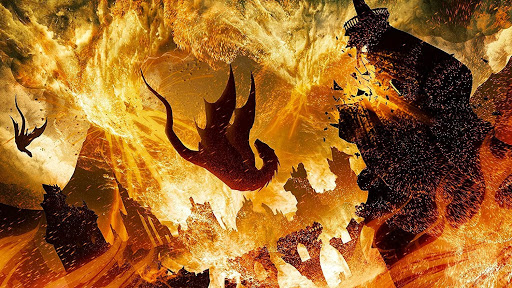 As we know now, HBO at one point had six Game of Thrones spin-off shows under consideration. They ordered a pilot for one of these shows but then cancelled it - Jane Goldman's The Longest Night (developed under the codename Bloodmoon, likely the name of the individual pilot episode) - and have now greenlit another, Ryan Condal's House of the Dragon, based on an earlier pitch by Bryan Cogman.

The nature of the other four shows has been unclear, although various rumours have surfaced over the years. However, thanks to Zionius analysing material HBO filed with the US copyright office, we now have a better idea.

Spinoff #1 was to be produced by Max Borenstein and Steeplechase Amusements Inc. It was copyrighted on 24 May 2017.

Spinoff #2 was to be produced by Brian Helgeland. It was copyrighted on 6 July 2017.

Spinoff #3 is not shown on the list, but logically must have been copyrighted in July or August 2017 and was to be produced by Carly Wray.

Spinoff #4 was to be produced by October Lodge Ltd. and was copyrighted on 20 September 2017. Based on UK Company House filings, October Lodge is the production company owned by Jane Goldman/Ross, so this was The Longest Night (aka The Long Night aka Bloodmoon).

Spinoff #5 was to be produced by Bryan Cogman and Randy Mailman Productions, and was copyrighted on 6 April 2018. This show morphed via a seventh pitch (so #5 and #7 are the same thing, effectively) into House of the Dragon, the only one of the shows to get a full season order. We also know now that the production company for House of the Dragon "Bastard Sword." HBO plan to shoot this series next year for airing in 2022.

Spinoff #6 was to be produced by HunterFed and Far Shariat and was copyrighted after 8 February 2018. Far Shariat is an experienced TV producer, often working with Rand Ravich, and they have an overall development deal with HBO at present.

So #4 was The Longest Night and #5 became House of the Dragon. So what were the other shows?

Max Borenstein's show - #1 on this list - was reportedly called Empire of Ash and was set 100 years before the Doom of Valyria, and would have been a sweeping historical epic set in both Valyria itself and in the colonies in Sothoryos across the Summer Sea. Going by (massively unconfirmed) rumour, this show had a lot of development done for it which makes sense given it was the longest in development, but HBO was skittish about it because of the high cost of both the dragons and also depicting a much more fantasy-ish setting, with relatively limited direct connections to Game of Thrones. On the other hand HBO liked the similarities to their own, earlier show Rome. Apparently this idea has been moved to a backburner and maybe brought back into play at a later date (Borenstein is primarily working in film as a writer, so may be available later on).

Helgeland's show - #2 on the list - has never been formally identified. In an evasive interview, Helgeland only confirmed that his show was set in Westeros hundreds of years before GoT itself (he also suggested afterwards, but my information is that no show set "hundreds of years" after GoT was ever seriously considered). It is possible to likely that Helgeland's show was the "Aegon's Conquest" series revolving around the Conquest of Westeros by Aegon the Conqueror and the forging of the Iron Throne. Looking further back in the timeline, it's hard to see other events that may have been of interest.

Carly Wray's show - #3 on the list - has also never been formally identified. In this interview she confirms it's a prequel based in Westeros and is based on an episode in the earlier material. It also sounds like her idea was not as developed as others. It's unclear what it might have been (and runs into the same problem as Helgeland's setting). Assuming one of these two shows is the Conquest show, speculation can thus run rampant over the second, since GRRM has confirmed that neither a Robert's Rebellion or Dunk & Egg series was ever seriously considered (GRRM vetoed both ideas early on).

It should be noted that apparently only two of the shows - the Dance of Dragons and the Conquest - were based on material from the book Fire and Blood. That suggests the remaining Westeros pitch was set before the Conquest but after the Long Night. The only event with dramatic potential for a TV show in this time is Nymeria and the Rhoynar's flight from Essos to Dorne, via a hazardous journey through Sothoryos and the Summer Islands, sort of like a fantasy version of Battlestar Galactica. That could have been intriguing.

Spinoff #6 is an interesting one. It was proposed after all the others and seems to have been floated as an idea not long before The Longest Night was given a pilot order. As of May 2020, it was "still in contention," although the producers have since moved on to HBO's J.J. Abrams project Demimonde.

It'll be interesting to see if these other showrunners ever speak up in future about what their ideas would have been. In the meantime, we still have two years before House of the Dragon launches on HBO.