Back in 2009 I published a reading order to the Culture novels of Iain M. Banks. Sadly, Iain is no longer with us, meaning that the Culture series is effectively complete, so now a final order can be given.

As always, it's worth remembering the following: 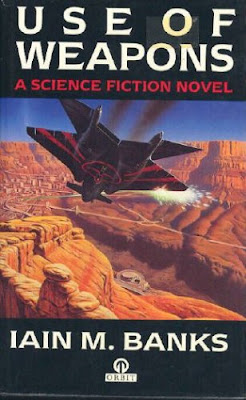 
Chronological Order
I don't recommend the chronological order, since I don't think Banks was paying enormous attention to this when writing the books. For example, Excession (which is set 400 years after Consider Phlebas) has a clear reference to the events of The Player of Games, but the latter novel is set well over 700 years after Consider Phlebas, which is a clear discrepancy. Still, for the curious, the order the books apparently takes place in is as follows:
Note that The State of the Art refers to the titular novella of the collection, not the other two Culture stories in the book. I could be wrong (not having read them yet), but I believe the other two stories and Inversions lack any information that can be used to reliably date them at all.


Note on the Dates Above

According to Consider Phlebas' appendix, the Culture contacts Earth some time around 2100 AD. Earth joins the Culture but never really amounts to much as a member.


Thank you for reading The Wertzone. To help me provide better content, please consider contributing to my Patreon page and other funding methods, which will also get you exclusive content weeks before it goes live on my blogs. The Cities of Fantasy series is debuting on my Patreon feed and you can read it there one month before being published on the Wertzone.
Posted by Adam Whitehead at 13:57

Thanks for this.
I am rationing myself to three a year.

I don't ration myself - I just read them over and over again. Marvellous stories.