Orbit Books have unveiled the cover art for their big-label editions of Josiah Bancroft's Books of Babel fantasy series. 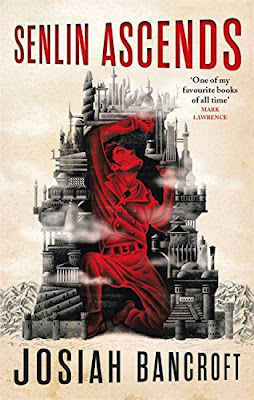 The new edition uses the same cover art (by Ian Leino) for Senlin Ascends as on the self-published edition, with a new typeface and a cover blurb from Mark Lawrence (who has been championing Bancroft for the last couple of years). 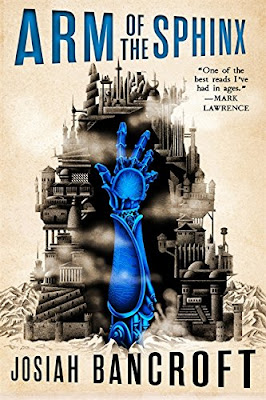 Book 2, Arm of the Sphinx, has a new cover design. The arm and fist of the original cover design has been combined with the Tower of Babel from the first book.

The mass-market editions of Senlin Ascends (UK, USA) and Arm of the Sphinx (UK, USA) will be published in January and April 2018 respectively. The third novel, The Hod King, should (hopefully) get it's first release in late 2018, followed by the fourth and concluding volume in the series some time later.
Posted by Adam Whitehead at 12:58

What a coincidence I just finished reading the first 2 books yesterday based on your reviews and I was checking your site for an update on the third one and you posted a sort of update great update. On a side I even read all of Lawrence's books based on your original reviews all those years back I'm surprised you haven't reviewed his new book red sister it's quite kick ass.