Disney CEO Bob Iger has confirmed that the Star Wars movie series is going on ice for the time being. 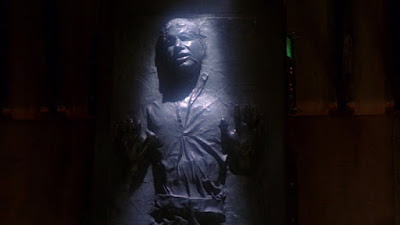 If this sounds familiar, that might be because last April Lucasfilm confirmed that there would be a "long hiatus," before announcing just a month later that the movie series would resume in 2022 with a film helmed by former Game of Thrones showrunners David Benioff and Dan Weiss. In a shock move, they jumped ship in October in favour of a $100 million Netflix deal. Lucasfilm have since been flailing to find a replacement director, but despite entering into talks with Taika Waititi (Waititi has since said that such talks were exaggerated) and bringing in Marvel Studios head honcho Kevin Feige to produce a film (possibly the same film) they have not managed to lock in a new deal, at least not in time to hit the late 2022 date.

The situation has been complicated by Last Jedi director Rian Johnson finding a huge level of success with his film Knives Out and a sequel has been fast-tracked. Johnson has previously agreed to helm a full Star Wars trilogy for Lucasfilm, but seems to have since cooled on the idea. If Johnson is moving forward with his Knives Out sequel (which isn't even written yet), that would make it harder for him work on a new Star Wars movie for 2022.

The news comes as Star Wars Episode IX: The Rise of Skywalker heads out of cinemas. The film drew in $1.060 billion during its run, which is a healthy amount but only half of what The Force Awakens made in 2015 and a quarter of a billion dollars less than The Last Jedi in 2017. The film barely made more than spin-off movie Rogue One (which took $1.056 billion in 2016). With the immense cost of making and marketing the movies, Disney made a reasonable $200 million profit, but this was still far short of expectations. Following hot on the heels of the bombing of Solo in 2018, the situation has left Hollywood feeling - for the first time since 1977 - that Star Wars movies are no longer sure-fire hits.

However, Iger has also confirmed that there will be a lot of new Star Wars material arriving on television, with a second season of The Mandalorian due to launch in November this year and spin-off series focusing on Rogue One's Rebel agent Cassian Andor and another on Obi-Wan Kenobi (despite setbacks) are in the works for 2021.
Posted by Adam Whitehead at 23:55

Truly impressive the way these idiots at Disney have run this franchise into the ground.

Thanks Disney for turning a great franchise into an also-ran. Great Work!