Lucasfilm president Kathleen Kennedy has confirmed that there will be a "long hiatus" for the Star Wars movie series after the release of Episode IX: The Rise of Skywalker this December. 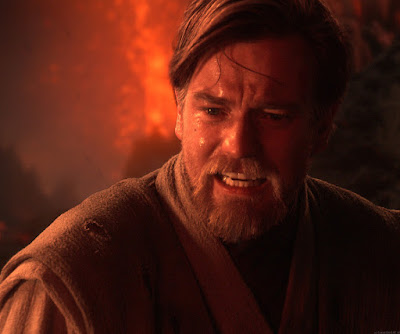 Exactly how long the hiatus will be is unclear, although Kennedy suggested it may be a "couple of years," which isn't a massive gap but it certainly seems to signify Lucasfilm retreating from their plan of producing between one and three Star Wars movies a year, echoing sister studio Marvel's approach to their superhero series.

It is known that Lucasfilm were actively considering multiple films to follow The Rise of Skywalker, including a side-trilogy to be directed by Rian Johnson (The Last Jedi), a side-series to be directed by David Benioff and D.B. Weiss (Game of Thrones), possibly one or more films focusing on individual characters from the Episode VII-IX trilogy, and further "Star Wars Stories" focusing on characters like Boba Fett and Obi-Wan Kenobi, to be directed by James Mangold (Logan) and Stephen Daldry (Billy Elliott) respectively.

However, the surprising commercial failure of Solo: A Star Wars Movie (2018) has put development of all future movies on hold. How quickly the series resumes may depend on the box office performance of The Rise of Skywalker in December.

The official status of the previously announced movies is that Benioff and Weiss's series remains in active development, and they will move over to it full-time once Game of Thrones' final season finishes airing in May and they have completed all outstanding work with HBO (including any material they still have to shoot for the DVD and Blu-Ray box sets for the final season). Disney and Lucasfilm will then consult with them on the ideas they are developing before greenlighting anything, which puts any film from that quarter likely 3-5 years away.

The official status of Rian Johnson's trilogy is that it is still being developed, but after the all-encompassing task of making The Last Jedi he chose to take a break to work on a stand-alone thriller, Knives Out. Shooting on that has been completed and the film is due out later in 2019, after which Johnson will start developing the new trilogy in full. Again, that seems to put any new film from that quarter also out by several years.

The Boba Fett movie is officially toast. The failure of Solo seems to have left Lucasfilm dubious that a stand-alone movie about a far more low-profile character had any merit to it. Rumours suggest that some of the ideas from the film may have been translated to the new Star Wars TV series, The Mandalorian, although the title character is not Boba Fett but a new character to be played by Pedro Pascal (Game of Thrones, Narcos).

The status of the Obi-Wan movie is murkier. Fans who were very derisory about both Solo and the Boba Fett project seem to be much keener to see Ewan McGregor return as Obi-Wan in a film set between Revenge of the Sith and the original Star Wars movie. However, Stephen Daldry is no longer involved. The latest rumours are that Lucasfilm are still strongly considering this project, but potentially as a mini-series for Disney+ instead.

This rumour also strengthens the idea that Lucasfilm are considering a strong pivot to television for the future of Star Wars, at least in the short term. Animated series Star Wars: Resistance is already airing on Disney XD and The Mandalorian, to debut on Disney+ in November, will be the franchise's first-ever live-action TV show. A further season of The Clone Wars, the CG animated show that was cancelled back in 2014, is also in production for Disney+. A mini-series focusing on the character of Cassian Andor and the events leading up to Rogue One is also in development.

There will be more Star Wars movies in the future, and probably not as far off as some may think, but it remains to be seen what form they will take.
Posted by Adam Whitehead at 20:46