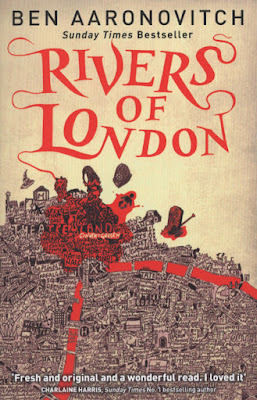 Stolen Pictures, the production company founded by Frost and Pegg to develop new projects, have optioned the rights to the series and are searching for a production partner. Currently the plan is to adapt the first novel, Rivers of London (retitled Midnight Riot in the US for no particular reason) across 8-10 episodes. Subsequent seasons may combine the narratives of several books.

For Aaronovitch, this is coming full circle as he began his writing career in the 1980s working in television, including writing episodes of Doctor Who. After some time out of the writing field, he returned with the Rivers of London series, exploring the adventures of Peter Grant, a young constable in the Metropolitan Police who is drafted into the service's undercover magic division under Thomas Nightingale.

I think you meant to say Lies Sleping as the novel published in 2018 :)

You have The Hanging Tree listed twice. Do you mean Lies Sleeping 2018?