Joss Whedon has cast the lead role in his new television series, The Nevers. 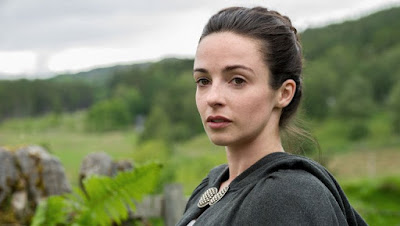 Laura Donnelly will play the role of Amalia True, a hell-razing Victorian woman who refuses to confirm to stereotypes and ends up in charge of a group of women with unusual powers. Donnelly is best-known for playing the role of Janet Fraser Murray on Starz's Outlander, and has also appeared in Merlin, Beowulf and Britannia.

The Nevers marks Whedon's first foray into television since the first season of Agents of SHIELD in 2013, and his first original drama series since Dollhouse in 2009. Whedon will write and direct for the show, and will co-showrun alongside Buffy the Vampire Slayer veteran Jane Espenson. Doug Petrie, also a veteran of Buffy, will also serve as writer and producer. Journalist Laurie Penny and playwright Madhuri Shekar will also act as writers on the series.

The Nevers will start shooting in June this year and run through to February 2020, shooting in and around London. It is expected to debut on HBO in late 2020.
Posted by Adam Whitehead at 20:14