In a surprising move, Disney and Lucasfilm have confirmed they are currently discussing producing a sequel the 1988 fantasy movie Willow for streaming service Disney+. 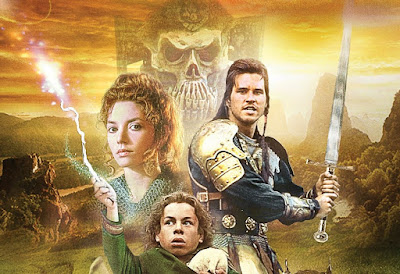 The original movie saw the diminutive title character, played by Warwick Davis, take custody of a young human baby upon whom the fate of the world depended. Willow teamed up with a group of heroes to safeguard the child and ensure the defeat of the evil villain, Queen Bavmorda (Jean Marsh). Val Kilmer, Joanne Whalley also starred, whilst George Lucas produced and came up with the story. Ron Howard directed.

The film was only a modest financial success but gained a greater following on home video, and has become regarded as a cult classic over the years, along with fellow 1980s fantasy movies Labyrinth, The Dark Crystal, Dragonslayer and Conan the Barbarian. Lucas planned a larger and more epic sequel at one time (essentially a Lord of the Rings to Willow's The Hobbit) but never fulfilled these plans. Instead, he developed a sequel novel series with X-Men writer Chris Claremont, under the title Chronicles of the Shadow War. Three books were published in this series between 1996 and 2000: Shadow Moon, Shadow Dawn and Shadow Star.

The new project came about after Ron Howard and Warwick Davis were reunited during the filming of Solo: A Star Wars Story. Davis discussed ideas for a sequel with Howard and Lucasfilm president Kathleen Kennedy. Solo co-writer Jon Kasdan was also intrigued by the idea of developing a sequel to the original movie. Kennedy didn't think there was mileage in a film continuation, but felt it might be a better fit as a TV series or mini-series at Disney+.

Although not formally greenlit, development of a script is continuing with Davis having already agreed to return in the title role. Val Kilmer has also expressed interest in returning.
Posted by Adam Whitehead at 20:56