Earn is continuing to manage his cousin Alfred, whose career as rapper "Paper Boi" is blowing up. Alfred is unhappy with Earn's management style, whilst Earn feels that Alfred isn't taking advantage of social media and other opportunities to boost his profile. Meanwhile, it's "Robbin' Season" in Atlanta, the pre-Christmas crime spree, which results in a lot of weird stuff going down. 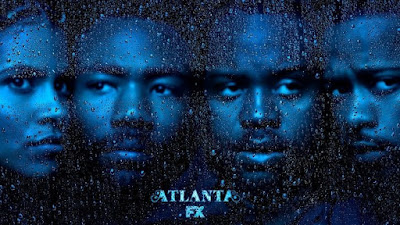 The first season of Atlanta was a mash-up of comedy, hard-hitting drama and bizarre psychological study. It cemented Donald Glover's (formerly of Community) position as a hot up-and-comer. After that season aired, Glover's music career (as Childish Gambino, of "This is America" fame) went stratospheric and he starred as a young Lando in the Star Wars movie Solo. Other castmembers also went big, with Lakeith Stanfield nailing a major role in Get Out and Zazie Beetz starring in Deadpool 2.

On that basis, it's perhaps a surprise we got a second season of Atlanta so soon, but Glover prioritised it and managed to create something even stranger, sadder, funnier and more heartwarming than the first season.

If Season 1 of Atlanta was a surrealist tone poem, Season 2 is a full-blown odyssey of the strange and the grotesque. It moves through a dense period of several weeks in which a lot of stuff goes down for the characters, so much that rather than try to cover events chronologically it instead splits the events between characters. This means we get few episodes where all the major characters appear, with instead most episodes focusing on a single character or group of characters. This results in an intense focus which at times feels claustrophobic, but this is appropriate for the stories that are being told.

Atlanta remains hilarious, with comic highlights including Darius and Earn trying to defuse a confrontation between Earn's insane uncle and the police, involving an alligator. A later episode sees Earn and Van defusing their relationship problems with a game of table tennis at a German party. Barbershop sees Alfred going for a simple haircut, but gets dragged into an increasingly hilarious road trip with his eccentric barber, whilst in Champagne Papi Van and her friends attend an offbeat house party where they hope to meet Drake. In North of the Border Earn, Darius and Alfred travel to a college campus to take part in a publicity event, but things go sideways and they end up taking refuge at a very uncomfortable frat boy initiation ceremony.

The season also goes dark, very dark. It feels like the shadow of the movie Get Out lies heavy on this season and Glover leans into it, delivering in Teddy Perkins possibly the freakiest 35 minutes of television of 2018. Woods is also a dark and depressing episode, but one that ends on a bizarrely redemptive note.

The season ends by coming almost full circle, as major events in the opening episode come to fruition (including one of the most literal uses of the Chekhov's Gun trope you'll ever see) and leaves things in an interesting place for the third season (which isn't expected to air until 2020).

The second season of Atlanta (*****) improves on the first to become a study in tension and tragicomedy, and has an infusion of horror running through it which is both incongruous and compelling. It remains one of the most unique and distinctive shows on air.
Posted by Adam Whitehead at 11:44

Great review. Atlanta is easily one of the best shows on television and without a doubt the most interesting. I thought the second season was brilliant, though I missed some of the outright comedy of the first season. Almost all the comic moments in this season are tinged with melancholy or horror or extreme anxiety. It's also much harder to root for Earn in this season. In the first season, he seems like a lovable loser who has screwed up his own life, but in the second season it's clear he's screwing up the lives of those around him. His treatment of Van is very unsympathetic, and he's a terrible, neglectful parent. None of this is really criticism of the show. If the second season of Atlanta is less fun than the first, it also more complex, thoughtful, scary, weird, and compelling. I will follow this show anywhere it wants to go.