Disney have confirmed that the next Star Wars movie after J.J. Abrams' Rise of Skywalker will be written, directed and produced by Game of Thrones showrunners David Benioff and D.B. Weiss. 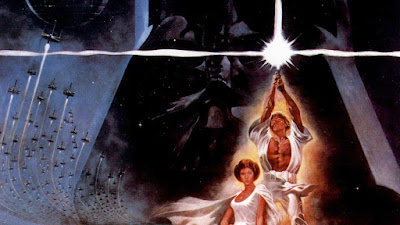 It was previously known that Benioff and Weiss had been contracted by Lucasfilm to produce a new Star Wars film "series," along with The Last Jedi director Rian Johnson who had his own full trilogy to make (although Johnson is only contracted to write and produce, and may direct one of the films). The news today from Disney and Lucasfilm confirms that Benioff and Weiss's first movie is up first, due for release in 2022.

The subject matter of the new films is unclear, although head of Lucasfilm Kathleen Kennedy has confirmed that both new film series will be unrelated to the Skywalker Saga (as the numbered episode films are now being called) and will be set in different parts of the Star Wars universe, in time, space or both. Some Star Wars fans have speculated that some or all of the new films will be set in the popular Knights of the Old Republic era, the setting for multiple video games and comics, but this remains speculation at the moment.
Posted by Adam Whitehead at 22:10

Hopefully they 'kindof' forget the 3 newest movies and make something based on KOTOR and KOTOR 2.