Larian Studios are reportedly working on Baldur's Gate III. Rumoured last year, but quickly denied, the claim has resurfaced after an animated "III" appeared on Larian's website. Studying the logo's source file, multiple references to the Baldur's Gate name can be found, along with licencing information from Wizards of the Coast. 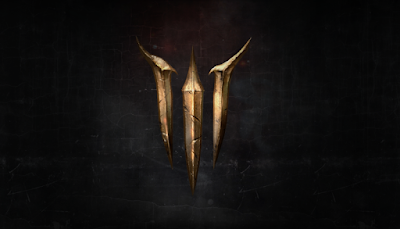 Developed by BioWare, Baldur's Gate (1998) used the Dungeons & Dragons rules and was set in the popular Forgotten Realms world. It was a huge smash hit on release, and was credited with restoring interest in the western RPG genre at a time when the genre's popularity was on the wane. The game was followed by both expansions and sequels: Tales of the Sword Coast (1999), Baldur's Gate II: Shadows of Amn (2000) and Throne of Bhaal (2001). BioWare also developed Neverwinter Nights (2002), set in the same world, whilst Obsidian Entertainment later developed Neverwinter Nights II (2006). Beamdog later released "enhanced editions" of the two main games (with expansions) in 2012 and 2013, and a new "interquel" bridging the two games, Siege of Dragonspear, in 2016.

A Larian-developed Baldur's Gate III would be highly intriguing, especially if it uses the Original Sin engine but with a stronger focus on story. It's also likely that this sequel will be more of a spiritual successor set in the current iteration of the Forgotten Realms setting (which set more than 100 years after the first two games and after the Realms have been through several apocalypses).

Of course, this may all be a smokescreen to make the reveal of a different game. We'll find out more at the E3 game conference on 11-14 June.
Posted by Adam Whitehead at 20:49